Canadian Pastor Arrested After Refusing to Comply with COVID Restrictions May 18, 2021 Hemant Mehta

Canadian Pastor Arrested After Refusing to Comply with COVID Restrictions

For months now, in Alberta, which has struggled to contain COVID more than any other Canadian province, a number of pastors have denounced public health orders designed to keep people safe during the pandemic. One of the most notorious has been Pastor Tim Stephens of Calgary’s Fairview Baptist Church who actively encouraged his congregation to break the rules despite receiving a $1,200 fine. 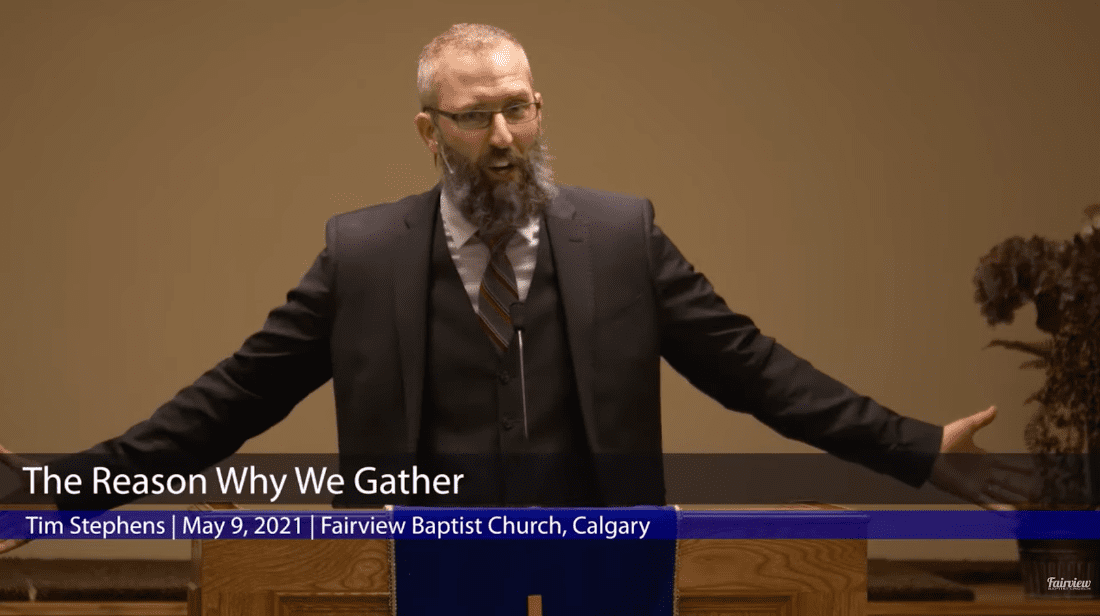 In February, Stephens publicly stated how any and all restrictions against churches were a form of oppression:

We understand the dangers of COVID-19 but we also understand the dangers of policies that seek to reduce the spread of the virus. All must admit that the lockdowns and restrictions have been damaging. Depression and other mental and behavioral issues due to isolation, increased drug use, increased suicide, pornography, economic devastation, small businesses lost, and many other hardships causes our hearts to break for the people suffering.

We have no objection with these accommodations since the standard rules would prevent the school from doing what is essential for a student’s education. Should not this be the policy for every school, business, and church? We are not against all rules and health measures. However, we cannot comply with rules that make what we essentially do as a church impossible. And to be clear, it is the Jesus Christ, not civil government, that defines what is essential for the gathered church.

It was a very Christian way to talk about how little he cared for the health of other people. It was more important for his church to meet in person (despite livestream capabilities) than to protect the lives of the people in his community.

And now, after months of functioning as a danger to society, Stephens has finally been arrested. It’s about time.

The heightened enforcement comes 14 months into the pandemic and after weeks of Alberta having the highest number of active cases per capita in Canada.

Police said Stephens was arrested for organizing a church service on Sunday at Fairview Baptist Church, in violation of a Court of Queen’s Bench Order that requires organizers of events to comply with public health restrictions.

Stephens knew last week this arrest would be coming, yet he held another in-person, mask-optional, no-social-distancing service anyway. Since no amount of evidence will convince him that other humans matter, he needed to be stopped. At least some citizens understood that:

Ken Lima-Coelho, who has lived in the Fairview area for his entire life, said he’s glad to see action finally being taken to see his family and fellow community members safe.

“He was literally daring the authorities to do something … it frankly became really scary,” he said. “It’s irresponsible.”

Lima-Coelho said one of his neighbours is undergoing chemotherapy, which would put them at greater risk if they contract COVID-19.

The community can’t count on Christians to do the right thing. It’s up to law enforcement to put religion aside and enforce the law. Thankfully, that’s exactly what they did in this case. It was a last resort, too, coming only after warnings and fines failed to work.

Make no mistake: This is not Christian persecution. This is a man who wants to hurt other people, who believes his faith makes him immune from prosecution. It’s about time he faced justice. 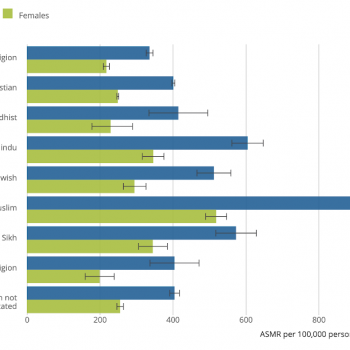 May 17, 2021
In England, COVID Death Rates Were Much Lower for People With "No Religion"
Next Post 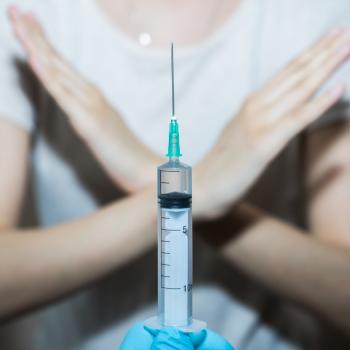 May 18, 2021 Christian Student Demands Alabama College Accept Her Faith-Based Vaccine Refusal
Browse Our Archives
What Are Your Thoughts?leave a comment