Conspiracist: The Unvaccinated Are Being Treated Just Like Jews in the Holocaust May 11, 2021 Beth Stoneburner

Conspiracist: The Unvaccinated Are Being Treated Just Like Jews in the Holocaust

Here’s a life lesson for you: If you’re ever tempted to compare something to the Holocaust, just don’t.

Conservative activist and conspiracy theorist DeAnna Lorraine, who recently said she wouldn’t get a COVID-19 vaccine even if Jesus were to take it, never got that memo. She recently appeared on a right-wing talk show to explain why separating vaccinated people from unvaccinated people (as some public places are choosing to do) reminds her of the Holocaust and the Civil Rights movement.

“They’re gonna start dividing up their sections of sporting events, churches, and other areas of public interest and it’s gonna say vaccinated people or non-vaccinated people,” Lorraine griped. “And we know that — because there’s so many mindless sheeple out there — that the vaccinated section is going to be a hell of a lot bigger than the non-vaccinated section, but that’s how it’s going to be. So, sporting events, if you go to a baseball game, a football game, etcetera, you can expect to be put in a different section, whether you’ve been vaccinated or not.”

“I don’t want to be hanging out with the vaxxed anyways,” she continued, “but just imagine a year ago, did we ever think that this was going to happen? If we did think that it was going to happen, we were labeled conspiracy theorists with tinfoil hats. But imagine what the Jews experienced, right? Again, we go back to the Holocaust, where they had to show their papers. They had to show their papers, they had to wear the gold star. Isn’t this eerily familiar to that? We have to show our papers, we have to show proof of vaccination, and it’s going to be separating people from vaccinated versus unvaccinated. This is also [like] back in the day where racism was paramount and they had separate water fountains, separate schools, separate eating areas for blacks and whites. How is this any different?”

It’s different because people like Lorraine are choosing not to be vaccinated and choosing to put other people in harm’s way. People of color never did that. Jews never did that. Lorraine is. (See? Easy.) Or how’s this? There’s no underlying motive of hate in play here. No one is targeting Lorraine for her backwards views, only her harmful actions. She is free to get herself as sick as she wants; she has no right to infect others because of her own ignorance. 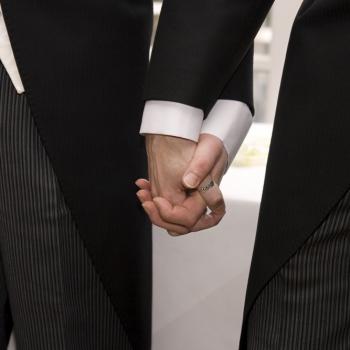 May 10, 2021
German Priests Plan to Defy the Catholic Church and Bless Same-Sex Unions
Next Post 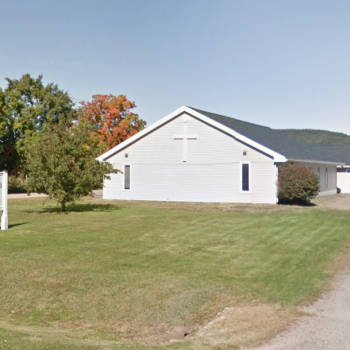