Christian evangelist Mario Murillo, who claimed last year that God sent Donald Trump to “save” people from Democrats and that none of the Capitol rioters “were Trump supporters,” is now calling on fellow right-wingers to mobilize in order to “terrify national Democrat leaders.”

Murillo said that God is calling conservative Christians to engage in “political and moral action” and “to organize, educate ourselves on how to terrify national Democrat leaders, how to win local elections, and train our people to know why they believe what they believe and to believe it with conviction.”

“This means that the pulpit must take on abortion, gay marriage, transgender indoctrination of our children, and yes, racism,” Murillo said. “Because if we really want to get rid of racism, we’re not going to allow this artificial equality because that in itself is nothing but the plantation owner trying to lure you back and tell you that, ‘I’m going to take care of you if you just come back and start to be a servant of me.’ The party that invented the Ku Klux Klan, the party that fought the civil rights movement is the Democrat Party.”

Murillo seems unaware of how much power conservatives still have — and what they did with the power they had over the past few decades. They pushed social issues… and made things worse. They ignored societal problems… and made things worse. They campaigned on morality but passed immoral and indefensible laws. They represent cruelty, bigotry, and Christian Nationalism — and the entire country is worse off because of it.

It’s also not a “gotcha” to point out the racism that infested the historical Democratic Party. It’s the height of political ignorance — or perhaps strategy — to leave out the fact that the two major parties have effectively switched their positions on civil rights issues over the past several decades.

More than anything, it’s telling how Murillo’s strategy isn’t to develop better campaign strategies — or, hell, better positions in order to make conservative candidates worth voting for. Instead, he’s decided that the only way to win is by complaining about persecution at every possible turn while holding none of their own leaders accountable for their inability to govern. 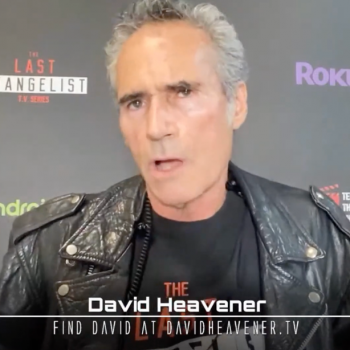 May 5, 2021
Preacher: It's Not a "Real Sermon" Unless You Can Smell the Pastor's Body Odor
Next Post