Despite COVID Chaos, These Conservative Christians Still Refuse to be Vaccinated May 1, 2021 Hemant Mehta

Despite COVID Chaos, These Conservative Christians Still Refuse to be Vaccinated

We already know a lot of Republicans don’t want to get vaccinated.

We already know a lot of white evangelicals don’t want to get vaccinated.

So what happens when you go to part of the South that’s overwhelmingly white, evangelical, and Republican? It’s a whole bunch of people who refuse to get their shots offering a slew of conspiracy theories to rationalize their irresponsible decisions. The New York Times visited Greeneville, Tennessee — a vaccine-hesitant town in a vaccine-hesitant state — to speak with residents about their decisions. Their comments are just infuriating and make you want to scream “This is why we can’t have nice things!” 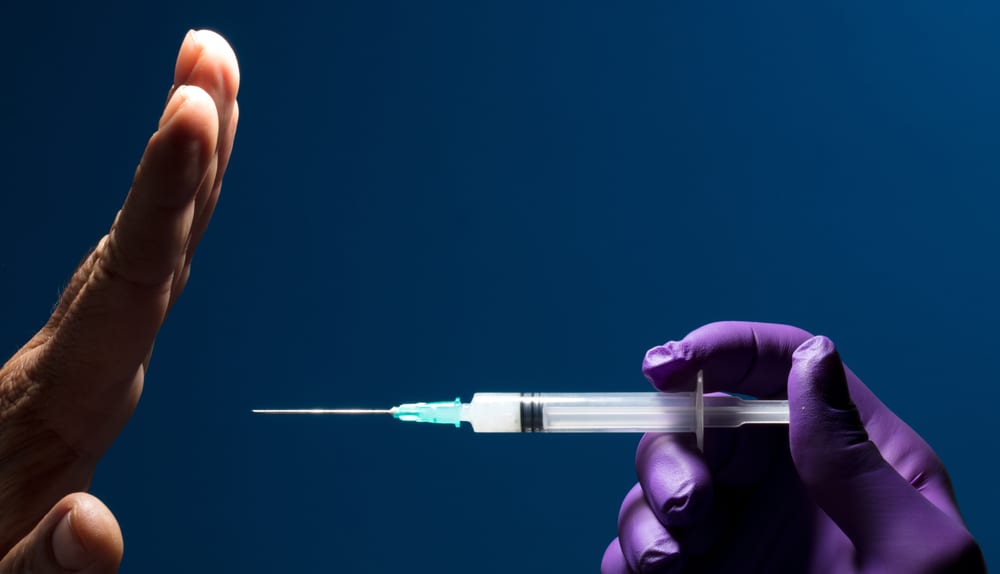 Covid smacked the region hard this winter. Eleven people in Jim and Rita Fletcher’s extended circle died from it.

But no, the Fletchers, lifelong Greenevillians, will not get the vaccine.

What’s the point, they ask? The government still wants you to wear a mask indoors. “I just don’t see any benefits,” said Mrs. Fletcher, as the couple waited to see their family doctor.

The benefits include — wait for it — not joining the eleven people who died.

But the Fletchers, Free Will Baptists, worry the vaccine includes aborted fetal parts (it doesn’t). They don’t trust the government, convinced it has long manipulated Covid case numbers.

“I just think we have been hornswoggled,” Mr. Fletcher said.

They have been hornswoggled. But not by the government or scientists. Their church and right-wing media injected their brains with poison, feeding them lies about the vaccine’s efficacy and necessity. Their negligence isn’t just hurting people like them, though; the biggest concern during the pandemic is that we’re all at the mercy of the least responsible Americans. If they catch the virus, they can spread it to everyone else. But they don’t care because they belong to a death cult that teaches them to doubt scientific expertise and reject evidence.

That view is bolstered by a religious, near-joyous fatalism. People say that if they haven’t caught Covid a year into the pandemic, they will take their chances. True, they might get Covid and die. But either way, a win-win: longer life on Earth or, for the faithful, eternal life in Heaven.

“There’s a time appointed for every person to die,” said Reuben Smucker, a Mennonite pastor in Greeneville who works as a garage-door installer. “We should take care of our bodies physically, emotionally and spiritually, but if it’s my time to go and it’s by Covid, well then, it’s my time to go.”

I wouldn’t care as much if Smucker was speaking for himself. He’s allowed to take stupid risks. But this isn’t skydiving. This is an infectious disease. Religion isn’t a legitimate excuse to drag innocent people down with you — yet none of these people have any regard for the lives of strangers. The same people who proudly boast about being “pro-life” are the reason hundreds of thousands of people have already died.

There are undoubtedly some pastors who are pushing their congregations to get vaccinated, but too many of them won’t. And among those that do, they’re seeing resistance. Why? Because after a lifetime of treating science as the enemy of faith, and claiming Democrats are spawns of Satan, and acting like all forms of “evidence” are equally valid, they’re finally reaping what they’ve sowed. And we’re all paying for it.

May 1, 2021
This Christian "Prophet" Said the Military Would Return Trump to Power by April
Next Post 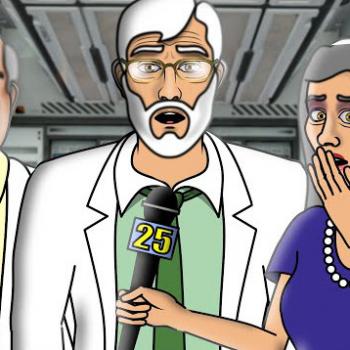