I’ve posted before about Pastor Greg Fairrington of Destiny Church in Rocklin, California, a man who’s never taken the pandemic seriously. He blamed church closures on “liberal crazies and Satan” instead of COVID. Multiple churchgoers allegedly tested positive for COVID. He celebrated that outbreak by saying “the favor of God is on this house!”

His wife Kathy Fairrington is equally delusional. Just this past weekend, she insisted that Christians had the power to speak in tongues, cast out demons, “take up serpents,” and drink poison.

That, she suggested, could be a biblical reference to the vaccine.

During a service this past Sunday, pastor Kathy Fairrington told attendees that if they believe in Jesus they'll be able to "cast out demons," "take up serpents," and heal the sick, and she suggested that the coronavirus vaccine is "poison." pic.twitter.com/0TEQpntUii

You will be able to drink poison and it won’t even hurt you! I don’t know if that’s in reference to the vaccine or what — I’m not sure. [Laughter] And then it says you will lay hands on the sick and they will recover.

Hilarious, these people. As if their vaccine denial wasn’t deadly enough, they’re treating the vaccine as poison, which will make it even more difficult for white evangelicals to join the rest of the country in overcoming the pandemic. These people run a death cult and they genuinely think the response to COVID is part of some wacky liberal game.

How many families are suffering because these Christians refuse to live in reality?

That said, if Fairrington says Bible believers can drink poison, Christians should follow her logic to its conclusion and test it out. Take the vaccine! Survive! (Protect the rest of us!) And — look at that — I guess your Bible was right all along! 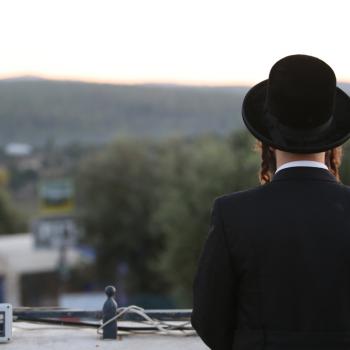 April 28, 2021
An Orthodox Rabbi in Israel Was Outed as a Convert-Seeking Christian
Next Post 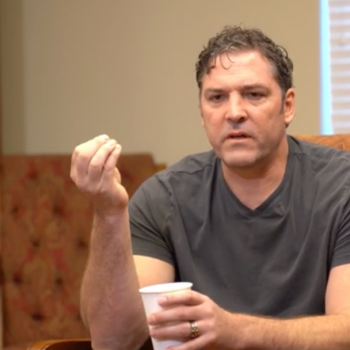