This Inside Look at “Patriot Churches” Shows the Danger of Christian Nationalism April 27, 2021 Hemant Mehta

We’ve posted before about “Patriot Churches,” an attempt by pastors who basically worship Donald Trump to blend God and government under the guise of Christianity.

It’s one thing to read about those preachers like Ken Peters and Joshua Feuerstein — who have repeatedly denied the seriousness of the pandemic while pretending that masks and vaccines are enemies of faith. It’s another to watch them win over gullible people by feeding them these lies.

The folks at Insider followed those pastors around, including their fateful trip to the U.S. Capitol on January 6.

One disturbing detail I hadn’t heard before: Peters says he gets roughly $20,000 per month from the congregation and outside donors. Christian Nationalism is a lucrative scheme. And as the last couple of minutes of that video show, it’s also a potentially dangerous one.

(Thanks to Izra’il for the link) 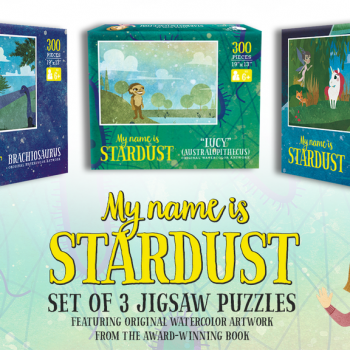 April 27, 2021 Young Scientists Will Love These Adorable Jigsaw Puzzles
Browse Our Archives
What Are Your Thoughts?leave a comment