Let’s start with the good news: Bill C-6, Canada’s federal ban on conversion therapy, passed its second reading handily last October, and there’s no indication that might change as it undergoes its third reading.

That doesn’t stop religious bigots within the Conservative party from trying, though.

Which brings us to the case of British Columbia MP Tamara Jansen, whose recent attempt to confuse the situation spawned a nationwide trending hashtag: #LesbianActivity. 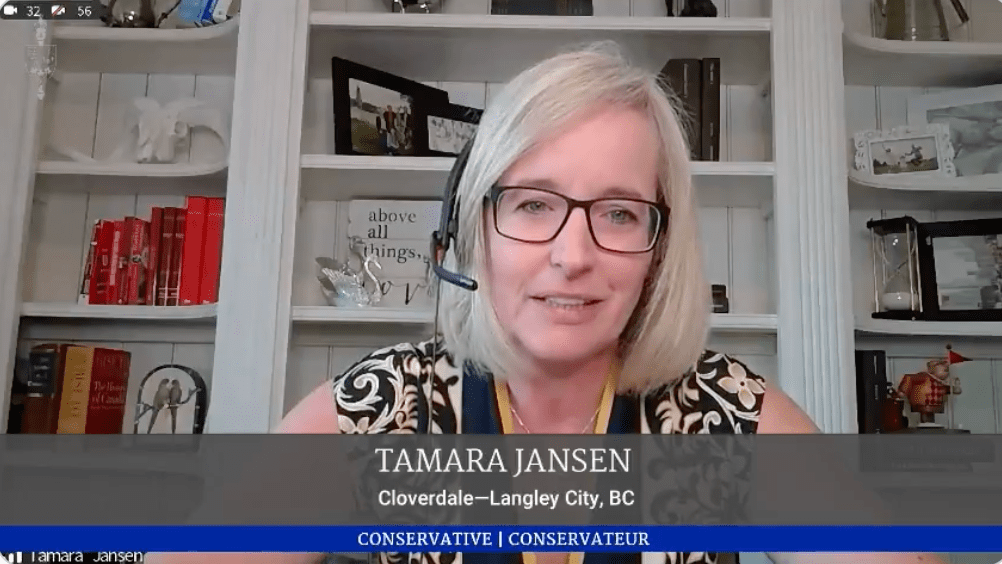 It started with a video clip from the April 16th parliamentary discussion on Bill C-6. In it, Jansen invoked the totally unverifiable story of an Alberta woman who claimed conversion therapy helped her escape from a life of harmful “lesbian activity.”

The clip began with Jansen reading a Bible quote, which feels more than a little inappropriate for a Parliament that governs Canadians from all religious traditions and none:

Woe to you, teachers of the law and Pharisees, you hypocrites! You are like whitewashed tombs, which look beautiful on the outside but on the inside are full of the bones of the dead and everything unclean.

It’s a peculiar irony that she brought up this quote in response to another Bible quote about hypocrisy, this one served up by gay MP Rob Oliphant. He quoted Micah 6:8 as a direct rebuke to anti-LGBTQ MPs, pointing out that the same book they invoke to justify their position also tells them “to do justice, and to love kindness.”

It’s not really clear who Jansen was intending to rebuke with her chosen verse… but maybe, to play it safe, everybody should stop reading the Bible in the secular House of Commons while conducting the business of a religiously neutral government.

Here's a Tory MP just straight up asking: Maybe conversion therapy to get rid of "lesbian activity," is good? pic.twitter.com/BLoGRVk350

Charlotte, a young woman in Calgary who’s involved in lesbian activity, struggled with self-worth and depression. She reached a point in her life when she did not want to continue with her lesbian activity, and her parents supported her choice and helped her find a counselor who helped her process the feelings.

Something about the phrasing tickled Twitter users, and it spread like wildfire. Many of the tweets played up exactly how mundane a lot of “lesbian activity” really is:

Tonight’s #lesbianactivity is convincing my kids to go to bed even though the sun is still up and there is no online school tomorrow. https://t.co/HGC5hxmDmy

Currently eating breakfast poutine because I had a deep craving for fries and hollandaise sauce. Just another Saturday of #LesbianActivity

A friend asks: Just for clarification… Is "lesbian activity" limited to sex or does it also include fixing shelves and playing roller derby?

At one point, #DairyQueen was trending at the same time as #lesbianactivity, and things got really interesting:

"We treat you right."

Thanks to Lesbian Visibility Day, which was Monday, the hashtag’s lifespan carried through the weekend, and it’s still generating hits:

Fellow gays, I’m old and out of touch. What kind of activities are we lesbians meant to be doing? I hope it has nothing to do with baking. I’m useless. Happy lesbian visibility day Tamara! @Conservative_BC #lesbianactivity

But it wasn’t all fun and games. Some Tweeters used the hashtag to highlight the inherent homophobia of the Conservative Party, and to castigate party leader Erin O’Toole for his failure to censure anti-LGBTQ MPs:

So instead of reprimanding the CPC MP Tamara Jansen who wants to use Conversion Therapy to "pray away" #LesbianActivity , O'Toole will instead appear alongside her on Monday at a public zoom event.

How tone deaf can he be?#bcpoli #cdnpoli

If you're still with that team then I do see you as part of the problem. Did O'Toole boot that crazy woman from caucus who ranted about #LesbianActivity? Nope. Because that party is totally cool with homophobic and xenophobic hate. And you know that I speak the truth.

The last word goes to Dr. Kristopher Wells, who serves as Canada Research Chair for the Public Understanding of Sexual & Gender Minority Youth at Edmonton’s MacEwan University. In a particularly moving tweet, he recalled how the broader queer community — queer men in particular — has benefited from lesbian activities in the past:

Never forget it was #lesbianactivity that came to the bedside of so many gay men dying of AIDS when their own families and government ignored and shunned them.

Perhaps, if Tamara Jansen can’t quite grasp what it means to “do justice and love kindness” like her god demands, she could look to some lesbians for tips. 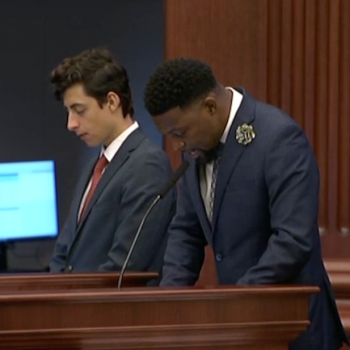