Rep. Jamie Raskin has officially introduced a resolution that would mark May 7 as the “National Day of Reason,” with the goal of recognizing the “importance of reason, critical thought, the scientific method, and free inquiry to resolving social problems and promoting the welfare of humankind.” (Update: It’s H. Res. 357.)

May 7 also happens to coincide with the National Day of Prayer. (That’s not a coincidence.)

The text of the resolution is fairly short but it’s packed with quotable bits. It also includes an expanded section on how “irrationality, magical and conspiratorial thinking, and disbelief in science” have undermined the national effort to combat the COVID–19 pandemic”:

Expressing support for the designation of May 7, 2021, as a “National Day of Reason” and recognizing the central importance of reason in the betterment of humanity.

Whereas reason provides the vital catalyst for confronting the crises of our day, including the civilizational emergency of climate change, and for cultivating the rule of law, democratic institutions, justice, and peace among nations;

Whereas irrationality, magical and conspiratorial thinking, and disbelief in science have undermined the national effort to combat the COVID–19 pandemic, contributing to the deaths of more than 555,000 people in the United States;

Whereas reason and science are fundamental to implementing an effective coordinated response to beat the COVID–19 virus, which includes improved social confidence in the safety and efficacy of vaccinations and evidence-based solutions to the inequities exacerbated by the pandemic, and involves the Federal Government, the States, and the scientific and medical communities;

Whereas America’s Founders insisted upon the primacy of reason and knowledge in public life, and drafted the Constitution to prevent the official establishment of religion and to protect freedom of thought, speech, and inquiry in civil society;

Whereas James Madison, author of the First Amendment and fourth President of the United States, stated that “The advancement and diffusion of knowledge is the only guardian of true liberty”, and “Knowledge will forever govern ignorance, and a people who mean to be their own governors, must arm themselves with the power knowledge gives”; and

Whereas, May 7, 2021, would be an appropriate date to designate as a “National Day of Reason”: Now, therefore, be it

The American Humanist Association once again deserves the credit for making this happen and says the event will coincide with their own “Secular Week of Action” focused this year on food insecurity and homelessness.

“With ongoing efforts across the nation to quell the COVID-19 pandemic, and as doubt and disbelief in the safety and efficacy of vaccinations continue to spread, it’s vital to stress the importance of science and reason,” AHA Executive Director Roy Speckhardt commented. “That’s why this resolution by Rep. Raskin, which seeks to put reason back at the forefront of our democracy, is so meaningful.”

For those who say this resolution is purely symbolic… well, yes it is. But so is the National Day of Prayer, which will also be held the same day. Plus, this sort of resolution is a nice reminder that there are some legislators who take evidence and rational thinking seriously.

This tradition began in 2015, when Rep. Mike Honda (D-CA) introduced a formal resolution in support of the National Day of Reason. His defeat in 2016, despite coming at the hands of another Democrat, put future versions of that legislation in peril. But fellow Californian Rep. Ted Lieu picked up where Honda left off, introducing similar legislation in 2017. In 2018, Rep. Jared Huffman (D-CA), now the only openly Humanist legislator in Congress as well as chair of the Congressional Freethought Caucus, introduced the resolution. In 2019 and 2020, Raskin did the honors. 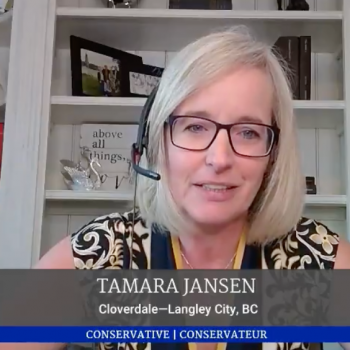 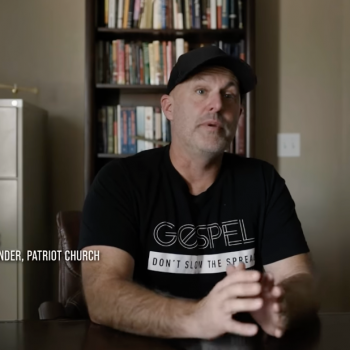 April 27, 2021 This Inside Look at "Patriot Churches" Shows the Danger of Christian Nationalism
Browse Our Archives
What Are Your Thoughts?leave a comment