The Church of England’s Racism Problems Were Laid Bare in a BBC Program April 20, 2021 Hemant Mehta

How racist is the Church of England?

Whatever you think the answer is, it’s probably much worse. That’s the takeaway from a 30-minute segment on the BBC’s Panorama last night. The show spoke to a number of church leaders of color who shared their own horrific experiences — but the problem goes well beyond their anecdotes:

(In case that link is taken down, you can watch the segment here.)

[Said former Church race-relations adviser Dr Elizabeth Henry:] “A really shocking incident was a young black man who received a picture of a banana but that banana had his head superimposed upon it and underneath it said, ‘Bananaman’.

“That is a deeply offensive and deeply racist image.

“He took it to HR [human resources department] and he did file a grievance – and the decision was that it was not racist.

“That person left and he received a very small compensation – however, he was forced to sign a non-disclosure agreement.”

That’s just one story. There are so many more.

It’s one thing for older ignorant Church leaders to say something they don’t realize is offensive. But when it happens so frequently — and the Church keeps ignoring the underlying problems — you realize racism is just baked into the system. They’re not just alienating potential new members; they’re pushing away the kinds of people who want to help lead the Church!

The Church of England issued a mild response to the segment yesterday. Tell me if this makes you feel any better:

The allegations — whether involving individuals or the wider structures or culture of the Church — are deeply worrying and there is no place for racism or discrimination within the Church.

The Archbishop of York said: “The stories we’ve heard are shocking and there is no doubt that the Church has failed our UK Minority Ethnic brothers and sisters…”

Acknowledging the problem isn’t the same as working to eradicate it. The statement referenced past attempts at addressing the issue and included a promise that they’ll do better in the future. All of that is routine. But it’s hard to believe they’ll follow through in any meaningful way. The Panorama segment was full of people who tried to make the Church better, only to be rejected. If low-level Church leaders can’t change the institution, why should we believe the promises of the high-level leaders running the place now? Even if they made real changes, is it only because of the public shaming? Because it’s not like they’re making amends with all the people they’ve wronged over the years.

Racism isn’t unique to the Church, but when any institution is built on the premise of holding higher moral standards, it’s fair to scrutinize just how seriously they mean that. In the case of racism, they don’t seem to care enough.

It’ll take secular pressure to get these religious leaders to finally do the right thing. 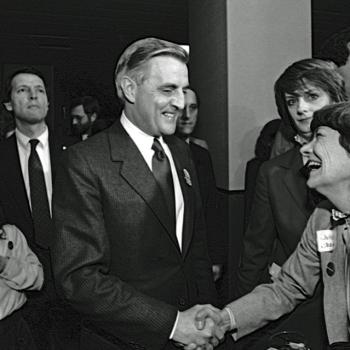