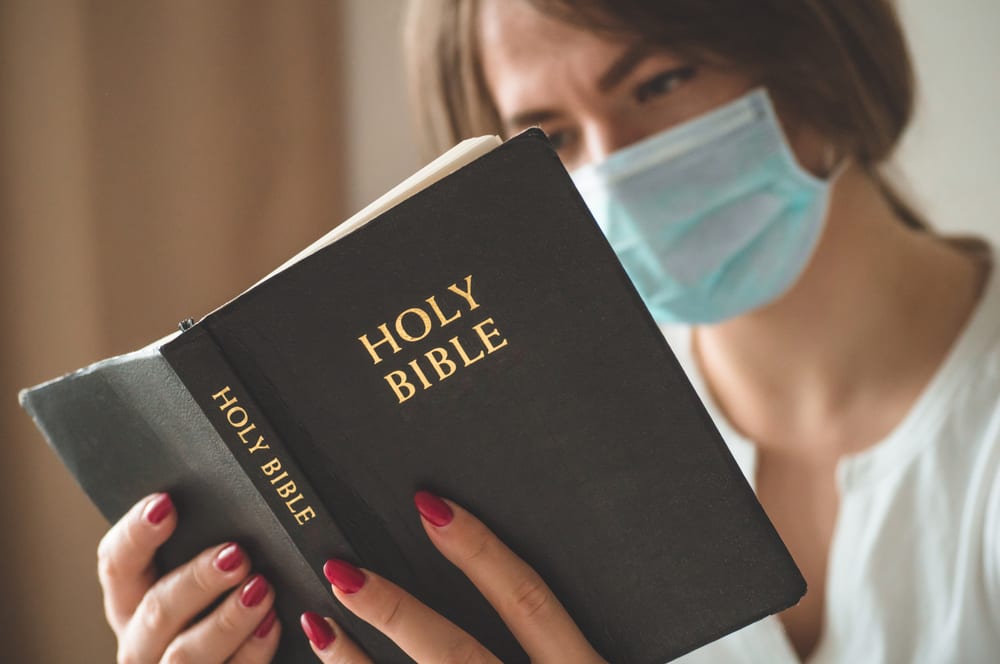 Unfortunately, their reluctance or refusal to get vaccinated has the potential to hurt other people as well. The virus will continue looking for ways to spread, and white evangelicals keep giving it new routes.

A recent New York Times article points out how, despite the vaccines being more available and undeniably effective, a lot of evangelicals are still citing their faith as a reason not to get their shots:

The deeply held spiritual convictions or counterfactual arguments may vary. But across white evangelical America, reasons not to get vaccinated have spread as quickly as the virus that public health officials are hoping to overcome through herd immunity.

The opposition is rooted in a mix of religious faith and a longstanding wariness of mainstream science, and it is fueled by broader cultural distrust of institutions and gravitation to online conspiracy theories. The sheer size of the community poses a major problem for the country’s ability to recover from a pandemic that has resulted in the deaths of half a million Americans. And evangelical ideas and instincts have a way of spreading, even internationally.

As we’ve said on this site before, it is imperative that evangelical pastors take a lead role in urging their congregations to get vaccinated. Not doing so is utterly irresponsible at this point; it arguably violates any “pro-life” mandate as well. They need to say whatever it’ll take to get everyone on board, whether that means invoking Jesus, finding the right Bible verses, or just telling people to stay home if they’re not safe.

For what it’s worth, the Catholic Church has done this, debunking the idea that getting the shot is tantamount to supporting abortion. Pope Francis has acknowledged that the life-saving benefits are too great to ignore, and Catholics shouldn’t be afraid of it.

And in addition to Graham, other evangelicals typically known for promoting right-wing arguments or conspiracy theories, like Robert Jeffress and J.D. Greear, have received and endorsed the vaccine. There are also progressive evangelicals making the same case to anyone who will listen. They should all be applauded in this particular situation.

But they seem to be in the minority. Meanwhile, people like preacher Greg Locke are practically begging their churches to avoid the vaccine or other safety precautions.

I’m curious about the conservative Christian logic of “faith over fear” and “the body is designed to heal itself,” especially during and after the pandemic. Those same Christians avoiding the vaccine presumably get medical care — even preventative care — so they should understand the principle of getting vaccinated. Do they eschew seatbelts, sunscreen, and locking their doors at night, too? Why avoid this bit of protection and science while adopting so many other forms of it?

This refusal, while rooted in ignorance, raises some interesting questions as well: At what point does bodily autonomy no longer matter? Ordinarily, we would have no problem with other people making risky choices that affect no one but themselves (think skydiving or bungee jumping), but when it comes to COVID, the decision not to get vaccinated may affect so many other people. The same Christians who mock phrases like “my body, my choice” are now using that very argument in a way that could hurt total strangers. 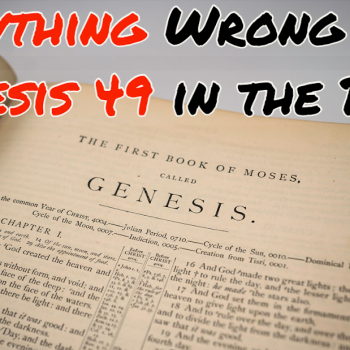 April 5, 2021
Everything Wrong With Genesis 49 in the Bible
Next Post