The one conservative Christian mom at One Million Moms (Twitter count: 4,194) claims that Pantene Pro-V chooses to “cater to homosexuals” and “glamorizes” transgender people with its latest ad.

The two-minute spot shows lesbian mothers lovingly gushing about their trans daughter Sawyer — and, of course, the commercial makes the point that growing out her hair is a big part of making sure “my insides match my outsides.”

“She has always been super gender creative, and hair has been a big part of her transition,” Ashley says in the ad. “Once she told us that she identified as a girl, she immediately wanted to grow her hair out.”

“I remember the first time she was out in the community wearing the clothing she wanted and her hair. And she kind of was herself,” Ashley recalls. “That was the first day where I saw her.”

It’s a beautiful ad. It also led to predictable outrage from conservatives online — but the company stood by its ad:

Transphobia has no place in our world or on our feed. �️‍⚧️

In response to the bullying & harassment directed at those featured in the video of our last post: We stand with this #BeautifuLGBTQ family & the entire community ��

Glad to see them refusing to back down.

But that only made One Million Moms’ Monica Cole even more furious:

Procter & Gamble, Pantene’s parent company, also owns several other lines of products that conservatives should avoid purchasing and supporting. This ad is not the first time P&G has pushed the LGBTQ agenda in their commercials.

We wanted to let you know that, once again, P&G has decided to cater to homosexuals and their sinful lifestyle choice. And since a portion of each sale goes to help finance P&G’s social agenda that has nothing to do with hair care products, it’s time to find another, family-friendly brand and product line. After all, there are plenty of hair care products on the market for moms to buy for their families that do not support liberal causes. We have a choice.

It’s kind of amazing that pissing off religious bigots by promoting basic human decency has become a net positive for major businesses. No one’s afraid of a boycott by right-wing Jesus followers who lash out whenever LGBTQ people are shown on TV without being surrounded by hellfire.

It’s also a ridiculous stance from One Million Moms. There’s really no depiction of LGBTQ people that they would ever accept. This ad isn’t about sex, or “culture wars,” or religion. It’s about a family celebrating who they are… and that, apparently, infuriates Jesus.

Cole thinks Christians ought to boycott the company:

Openly supporting the homosexual agenda versus remaining neutral in the cultural war is just bad business. If Christians cannot find corporate neutrality with Pantene, they will vote with their pocketbook and support companies that are neutral.

Look at what OMM is asking for here: “Neutrality.” As if this commercial isn’t already neutral. All it does is show a family, not advocate for LGBTQ rights or anything approaching that. But the Christian bigots at the American Family Association (which runs OMM) believe that “neutrality” means either denouncing LGBTQ people or erasing their existence altogether.

Maybe the oddest line in OMM’s press release is this one: “Everyone knows children mimic what they see and hear.”

They seriously believe children are going to see this ad… and then magically become trans. That’s not how anything works. But bigotry never comes from a place of reason. 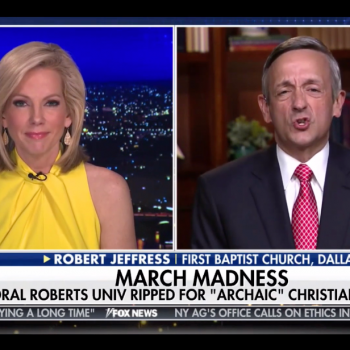 March 26, 2021
Robert Jeffress: Criticizing Oral Roberts U. for Being Anti-Gay is "Intolerant"
Next Post 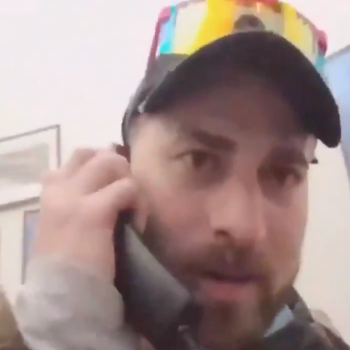