With Tennessee Republicans having nothing better to do than demonize LGBTQ people, State Rep. Bruce Griffey has introduced a bill to purge all public school textbooks of LGBTQ content. 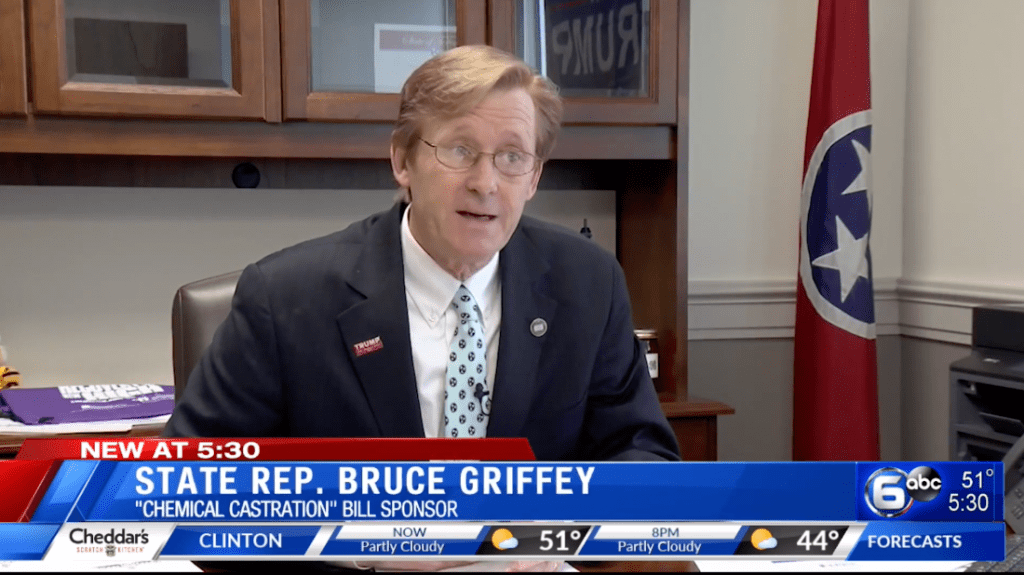 HB 800, which is slated for discussion in the Education Instruction Subcommittee on March 30, puts it bluntly:

… the commission shall not recommend or list, the state board shall not approve for local adoption or grant a waiver pursuant to §49-6-2206, and [Local Education Agencies] and public charter schools shall not locally adopt or use in the public schools of this state, textbooks and instructional materials or supplemental instructional materials that promote, normalize, support, or address lesbian, gay, bisexual, or transgender (LGBT) issues or lifestyles.

In other words, if you pretend LGBTQ people don’t exist, maybe kids will always think of themselves as cis and straight. Griffey isn’t just saying you can’t discuss same-sex relationships in health class. He’s saying you can’t even teach a work of literature that includes gay people unless, I guess, it says that person is clearly Hellbound.

In the justification clauses leading up to that change, Griffey also makes this bizarre statement:

… the promotion of LGBT issues and lifestyles should be subject to the same restrictions and limitations placed on the teaching of religion in public schools.

But those aren’t the same thing! Public schools can and should teach about religion; it just can’t promote one particular religion. But Griffey doesn’t even want teachers to teach about LGBTQ issues — not in literature or biology or health or anywhere else — because acting like LGBTQ people exist would be regarded as “promotion” of the “lifestyle,” whatever that means.

What was going on in the classroom that needed to be fixed? What students were learning about trans people and then turning trans, as if that’s something anyone magically does?

The Methodist is using his power to make sure LGBTQ students never see any representation of themselves in school and never get told that their sexual orientation or gender identity is anything but sinful and wrong. And if there’s any doubt about his faith, just glance at his Facebook page, where he routinely just posts Bible verses with no context. His actions make clear he wants to live in a theocracy where all public policy is dictated by what he thinks the Bible says.

For a party that claims to care so much about “cancel culture,” here’s a Republican literally trying to censor material that goes against his personal religious beliefs. Ironically, Griffey also recently sponsored a bill called — and I’m not making this up — the “Stop Social Media Censorship Act.” It was defeated.

(Screenshot via YouTube. Thanks to @CriticalDragon1 for the link) 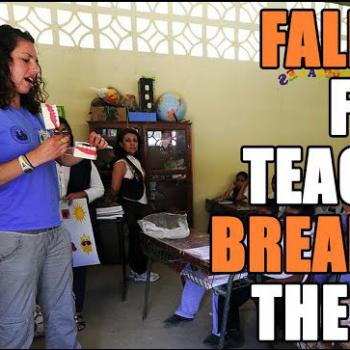