Televangelist Robin Bullock, who said last November that the COVID crisis could be blamed on people who voted for Hillary Clinton and who more recently claimed that prophets had the power to restore Donald Trump to the presidency, has another hot take on Joe Biden.

The other day, walking up the steps to Air Force One, Biden tripped. It wasn’t a big deal… unless you’re FOX News and you want to diagnose him with some sort of mental incapacity.

But Bullock says that stumble is apparently a sign that his presidency is “finished.”

The Ides of March was when “the military took Julius Caesar’s power from him,” Bullock continued. “He was a tyrant. … I believe on the 15th of March, a power came into the earth to remove tyrants from their seats of authority. And a few days after that you saw Biden fall trying to get up to Air Force One, and he couldn’t get up there. He finally had to just grab the side and run. The first time it was a little stumble. The second one was a bigger stumble. And the third one he fell all the way down. He’s finished. He’s done.”

Someone’s got some Go, Go Gadget Arms to be able to make that reach. (For a pastor, Bullock is apparently unaware that Jesus himself stumbled while carrying His cross.)

Sometimes people stumble. As awkward as that is, especially when many people are watching, it’s not that big of a deal. God forbid anyone use Bullock’s missteps to explain why his ministry is a farce. 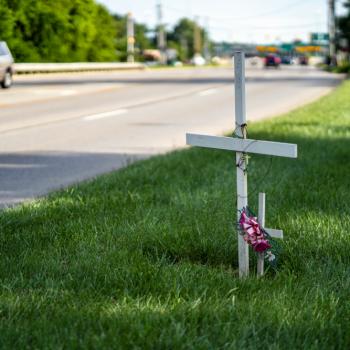 March 25, 2021
Judge Rejects Lawsuit from Man Whose Roadside Cross Was Removed by Montana DoT
Next Post 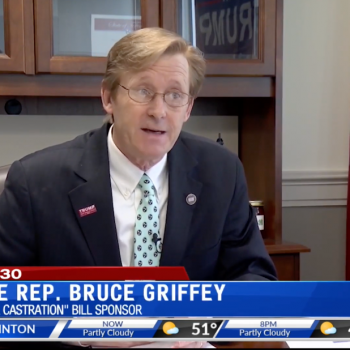