Has Donald Trump “Tarnished Christianity”? Yes, But Not Nearly Enough.

Has Donald Trump tarnished the evangelical brand for good? 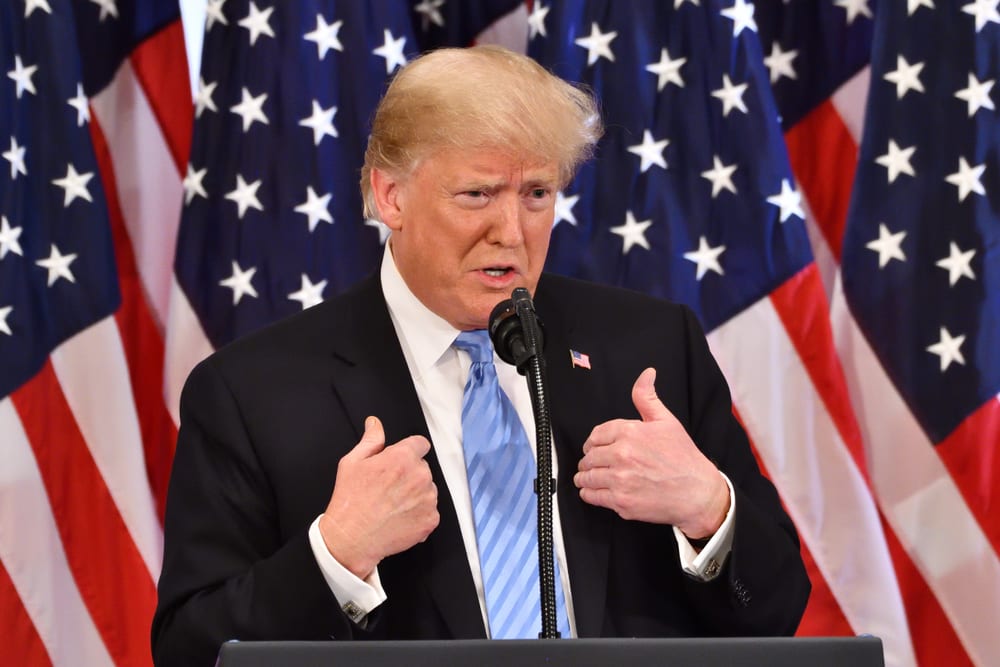 That would imply evangelicals had a reputation worth salvaging beforehand, which I would argue isn’t the case at all, but that’s the argument offered by The Daily Beast‘s Matt Lewis. He says that supporting Trump, as roughly 81% of white evangelical voters did in 2016, has made their hypocrisy and lack of credibility all too apparent:

… What happens when Jesus’ brand ambassadors to a lot of Americans are Donald Trump and Jerry Falwell Jr., not Billy Graham and Pope Francis, much less Jesus himself? In today’s climate, you might be forgiven for thinking that Christians are, as [recently deceased evangelist Luis] Palau worried we would be perceived, “maniacs.”

Evangelical Christians thought lining up behind a Trump was worth it; they couldn’t be more wrong. The cost-benefit analysis that led them to support him as the “lesser of two evils” in 2016 didn’t factor in the long-term damage he, in fact, is still doing.

Pope Francis runs a global crime ring that says gay couples shouldn’t get married, that trans people don’t exist, and that women should have access to comprehensive health care.

If those are your good guys, you shouldn’t be bragging.

Lewis offers some evidence (and a lot of anecdotes) for his theory that Trump was uniquely awful, and I happen to agree that Trump isn’t good for the Christian brand in the long term, but it’s hard to see much of a downside right now because Trump merely exposed what was always lurking underneath.

White evangelicals were always conservative, bigoted, and hypocritical. Anyone who paid attention to them over the past few decades knows that. Trump just made it impossible to ignore. You can’t pretend to be “pro-life” when backing an administration that ignored scientists during a pandemic that killed well over half a million Americans so far, but it’s not like George W. Bush listened to scientists either. You can’t pretend to support civil rights while rooting for a racist, but Hurricane Katrina happened under Bush’s watch. You can’t pretend to love LGBTQ people when the Trump administration opposes anti-discrimination measures. But evangelicals have long backed similar anti-science, racist, bigoted politicians. There’s nothing new about that.

And if Trump was bad for the brand, they don’t care. The same proportion of white evangelicals backed him again in 2020, well aware of his positions on everything; thank goodness decent people outnumbered them in states where it mattered.

Plus, as Professor Ryan P. Burge noted in December, the Christian brand hasn’t really suffered yet.

The share of Americans who say that they are evangelical or have had a born-again experience has, at a minimum, stayed constant or maybe even risen slightly in the GSS configuration. 33.2% of CCES respondents in 2008 said they were “born-again or evangelical” and in 2019 that was 34.6%. That’s no sign of decline. And in the GSS, there was an increase of four percentage points in ten years to the born-again question.

What people seem to forget is that while the term “evangelical” has become toxic to a very vocal group on social media, at the same time the melding of evangelical theology with conservative ideology has actually led other people to latch on to the term, even though it’s not an integral part of their faith tradition.

Burge says that evangelicalism isn’t necessary smaller, just more homogeneous. That may be bad if the goal is to recruit new people but we haven’t really seen that constriction yet. It may be a few years before we really see repercussions in the data. It’s also up to the rest of us to make sure the link between Trump and evangelical Christianity is made clear for generations to come.

Conservative Christians should never be allowed to get away with claims that they represent the moral high ground, or that they’re the “family values” people, or that they stand for the oppressed when we have clear evidence to the contrary. 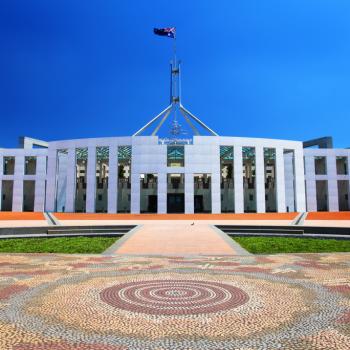 March 23, 2021
Whistleblower: Australian Politicians Have Sex in the Parliament Prayer Room
Next Post