Pastor Jack Hibbs of Calvary Chapel Chino Hills in California, who argued last May that two months of abiding by lockdown orders was enough and then hosted an in-person baptism for over 1,000 people in September, is also a bigot.

We’ve posted about his anti-transgender hate stretching back to 2014 but he went even further during a conversation this week. Instead of making feeble arguments against LGBTQ rights, he just attacked the very existence of trans people.

Right-wing pastor Jack Hibbs thinks he knows what is behind transgenderism and support for trans rights: "Demonism. I believe it's satanic." pic.twitter.com/KFiJzSEUQr

Something has happened. I believe the answer is… demonism. I believe it’s satanic. I believe we are watching a global event take place that the Bible warned us about all along. And Satan traffics in the world of confusion, and if you can get someone confused in this area, he robs them of their God-given gender, because He made that person a male or female for a purpose, to bring Him glory. If Satan can get them confused there, young, early… Satan always goes after the young. Then if you can’t kill them in the womb, he’ll kill them in the head and confuse them.

I believe we are watching a global demonic sway of the Wicked One upon our culture and the world. And that sounds harsh, but I’m sorry, it’s true. It’s just true.

It’s not true. He’s lying because he’s a conservative Christian pastor and lying is baked into their belief system.

What’s clear is that Hibbs and everyone who attends his church refuse to speak to any trans people about how they realized who they were, what this kind of hate speech does to their lives, and why these Christian lies are just utterly false. It’s the same kind of rhetoric they used against gay people until even some evangelicals had to finally admit it’s fine to be gay but not okay to act on it.

It comes on the heels of the revelation that the Georgia shooter who murdered eight people attended an evangelical “sex addiction” clinic that perpetuated harmful Christian lies about what healthy sex and sexual orientation look like.

This stuff doesn’t exist in a bubble; it has real-life consequences. When will white evangelical Christians take responsibility for spreading harmful and sometimes deadly ignorance? 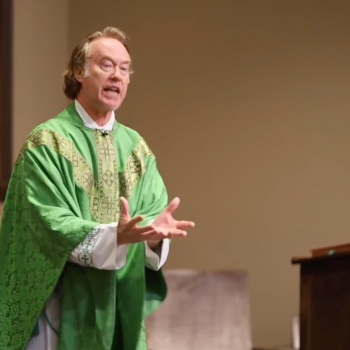 March 21, 2021
Catholic Priest: I'd Deny Biden Communion Until He Repents and Converts
Next Post 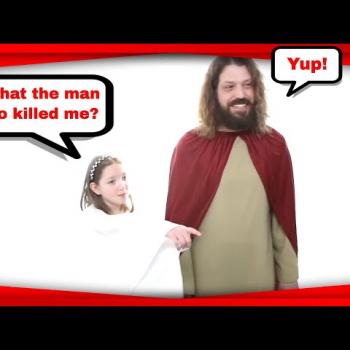 March 21, 2021 Here's a Quick Rundown of Why Heaven Makes No Sense
Browse Our Archives
What Are Your Thoughts?leave a comment