Crabapple First Baptist Church announced this week that they were going to officially kick Robert Aaron Long, the Georgia spa shooter who murdered eight people, out of their congregation. They explained that despite celebrating his baptism in 2018 (in a now-deleted Facebook post), they could “no longer affirm that he is truly a regenerate believer in Jesus Christ.” In other words, he had betrayed Jesus.

The statement itself seemed fairly comprehensive. The church admitted Long’s family members were part of the congregation. They condemned his actions. They put the blame entirely on him — not the victims or Satan.

But at the same time, they basically took down their entire social media infrastructure. They said this was out of concern for the safety of their members, which is understandable… but why remove every past sermon? Why remove basic statements about the church’s beliefs? Those don’t contain personal information. Those are ideas the church, until this week, wanted to spread!

Here’s one theory: The church, which is at least loosely affiliated with the Southern Baptist Convention, has promoted a lot of awful ideas in the past, and those views may have shaped the thinking of Long.

You’re going to have a rough time finding video or audio of past sermons. They’ve removed their videos on YouTube. They’ve closed down the sermon archives on their website. But it looks like the church forgot to clear all of its sermon archives from Spotify and a few other places… and a sermon from last September gives us a glimpse at their hard-line view of traditional gender roles.

Here’s one excerpt from a sermon that Pastor Jerry Dockery gave on 1 Timothy 2:8-15, the verses that talk about how women “should learn in quietness and full submission” and that infamously includes the line, “I do not permit a woman to teach or to assume authority over a man.”

… Radical feminism has engulfed our culture like a tsunami, particularly in the last generation. It’s been happening for the last couple of hundred years, but it has exploded in recent years. We hear all the time, “We’re now striving for gender neutrality, for general fluidity,” you name it. You know, it’s just gender, whatever you want.

And I would say to you that this is a blatant — a blatant — I will say it one more time, a blatant — guidance, direction, strategy of Satan to oppose and usurp the authority of God and God’s plan and purpose for us and Himself.

And when we cater to it — casually, indifferently, carelessly — we’re propagating what Satan wants to accomplish.

Is it any surprise that a young man hearing that kind of tripe, week in and week out, would eventually see women not as equals but as objects of his sexual temptations and nothing more?

How much of this propaganda was pumped into his brain over the course of his life?

The same pastor, by the way, spoke about the impending apocalypse in the sermon just before the shootings, suggesting there would soon be a spiritual war between good and evil.

I’ll say this again: Why won’t the church make its previous sermons available to the public? By shutting down those channels as soon as it became possible for people to link the pastor’s words to his congregation member’s horrific actions, they decided they couldn’t defend the supposed Word of God. 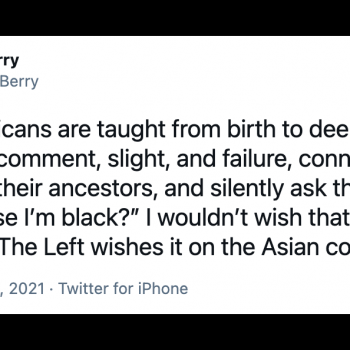 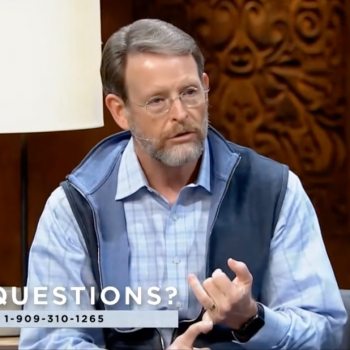