Christian Singer John Cooper Insists He “Did Not Compare Cardi B to Hitler” March 20, 2021 Beth Stoneburner

What do singer Cardi B and Adolf Hitler have in common?

The correct answer is nothing.

Somehow, John Cooper, lead singer in the Grammy-nominated Christian band Skillet, found one anyway. He explained in a YouTube video that Cardi B’s recent performance of “WAP” at the Grammys was somehow reminiscent of Hitler’s speeches.

“Why would anybody ever call evil good and good evil? It’s simple: because they just redefine the terms,” Cooper said. “The question is, who is going to define what is good, and who is gonna define what is evil? Every dictator in history says that what they were doing was good. That’s what they believe. If you go back and you read some of Hitler’s speeches, he’s, like, ‘I’m gonna set people free — free from the bondage of the Ten Commandments.’ In his mind, he’s a liberator. It’s always like that, you guys. All you do is you just redefine evil and you redefine good. That’s what’s happening right now on the Grammys.”

Let’s not pretend as if there has never been entertainment made exclusively for adults. The Grammys never claimed to be child-friendly, and families are well within their rights to not let kids watch. They also have the ability to change the channel. Nor has Hollywood ever claimed to operate by Christian values.

It should go without saying that there is a massive difference between two adults engaging in a consensual sexual dance routine and a dictator who used propaganda to brainwash the public into accepting genocide. The fact that this even needs to be said is mind-boggling.

Cooper, by the way, attempted to clarify his remarks in a follow-up video in which he claimed “I did not compare Cardi B to Hitler.”

Sure, he didn’t say the two were identical, but he sure connected some dots…

By the way, hats off to the Milwaukee Journal-Sentinel for catching this bit of hypocrisy:

… while Skillet doesn’t make sexual songs, Skillet has toured with Nickelback in the past, which has made very explicit songs like “Something In Your Mouth.”

Can’t wait for his clarification video on that one. 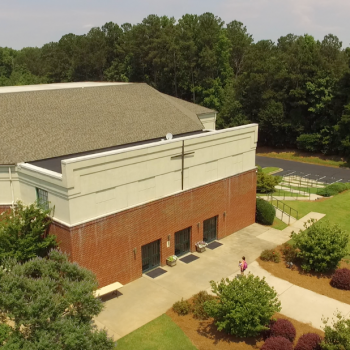 March 20, 2021
Georgia Shooter's Church Will Kick Him Out Since He Clearly Didn't Accept Jesus
Next Post