The Supreme Court voted 8-1 yesterday in favor of a Christian evangelist, in a case that had the perhaps surprising support of a number of church/state separation groups.

Here’s the backdrop for the story: In 2016, Chike Uzuegbunam (below) began handing out Christian literature on the campus of Georgia Gwinnett College in Lawrenceville. The school made him stop, however, because he had been outside a very limited “free speech zone.” 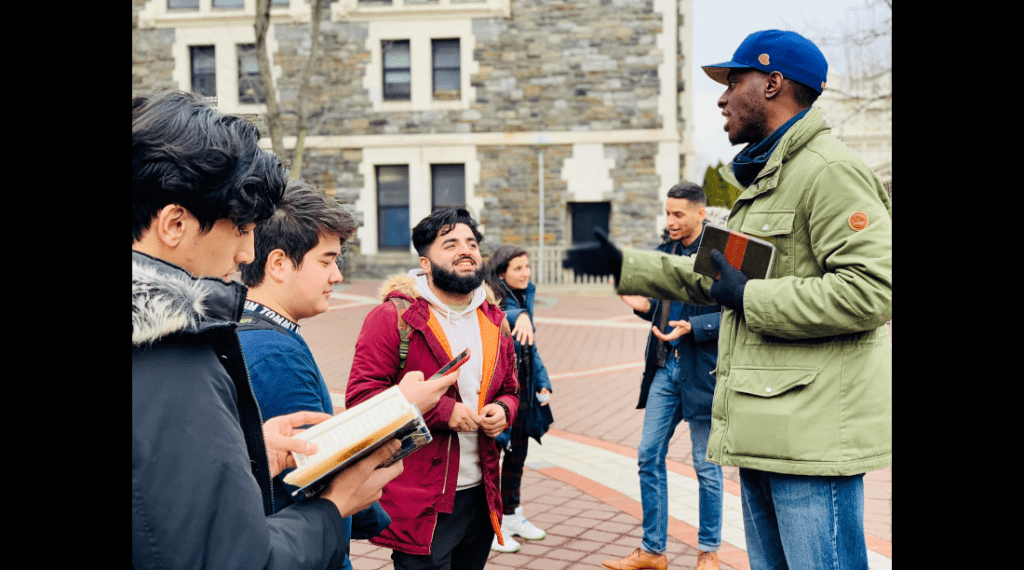 So he tried again inside the free speech zone. But that didn’t work, either, since the school said someone had complained and accused him of “disorderly conduct.” (Whether that’s true or not is besides the point.) Another Christian student, Joseph Bradford, wanted to proselytize as well, but after seeing how Uzuegbunam was treated, he chose not to.

Both students later sued the school with the help of the right-wing group Alliance Defending Freedom.

The school later changed its policies in a way that would’ve allowed both students to preach on campus. Because of that, lower courts said there was no violation of the students’ First Amendment rights. In other words, because the school fixed the problem after the fact, and because they didn’t have to pay any financial penalties to the students, they were absolved from admitting any guilt.

But that left open another question: What happens if other students at other schools encounter the same problem? As it stands, they would have to fight the same legal battle all over again. Unless the courts step in and say, “The school was wrong,” there’s no legal remedy right now.

That’s why ADF asked the Supreme Court to weigh in on the matter.

ADF wanted a clear-cut answer as to whether the school violated the students’ First Amendment rights. If the Supreme Court overturned the earlier decisions, it would be easier for other students to claim their rights were being violated. Without that definitive ruling, however, others who have had their First Amendment rights violated may be deprived of a straightforward solution.

It’s for those reasons that groups like the ACLU, Americans United for Separation of Church and State, and the American Humanist Association supported ADF’s position on this case. Their concern was that a ruling against the students would make it harder for their own clients to succeed in the future.

… Religion Clause violations rarely produce actual damages and often stem from easily mootable laws. Taking away from citizens the only remedy available in many such cases jeopardizes the rule of law itself.

The ACLU and AU, which filed a joint amicus brief with other groups, put it more bluntly:

Plaintiffs’ ability to plead nominal damages to account for the harms associated with past constitutional violations acknowledges that plaintiffs have suffered real injuries from alleged violations of fundamental rights, regardless of whether their injuries readily translate into dollar amounts. Nominal damages thus play a key role in vindicating rights and holding governments accountable for unconstitutional policies.

In other words, this wasn’t about money. The fact that no money was at stake here shouldn’t render the case moot. This was about making clear that the school crossed the line so that others who did what Gwinnett did could also be held accountable for it.

And yesterday, that’s precisely what the Supreme Court said in a decision written by Justice Clarence Thomas.

Vox’s Ian Millhiser offered up this analogy for what the decision said:

Imagine, for example, a slightly different version of the facts in Uzuegbunam. In this hypothetical, a civil rights organization believes that colleges throughout the country are systematically giving lower grades to Black students. So they identify a student hurt by this alleged discrimination, and file a lawsuit seeking to establish a legal precedent that will apply to all campuses across the country — or at least within a particular federal judicial circuit.

But just when they are about to win their case, the defendant college backs down, agrees to raise the plaintiff student’s grades, and seeks to dismiss the case as moot. Under Uzuegbunam, this lawsuit could still proceed so long as the plaintiff asked for nominal damages — and thus the civil rights organization would still be able to secure the binding precedent that it seeks.

The ruling is good news for organizations involved in civil rights lawsuits — including atheist groups — because, right now, it’s far too easy for people violating those laws to put a bandage over the problem. It’s much more powerful when there’s a legal precedent preventing them from doing it.

The decision was 8-1, however, and Chief Justice John Roberts was the sole dissenter. His argument was that the ruling gives more power to the courts than he’d like. But it’s still a victory for those whose cases might otherwise have been thrown out on technicalities.

The Freedom From Religion Foundation celebrated the ruling:

“This decision will help protect First Amendment rights and allow for plaintiffs to have their cases heard,” says FFRF Senior Counsel Patrick Elliott. “Government actors can no longer change the rules in the midst of litigation and then turn around and claim that the plaintiffs’ claims are unworthy of a court decision.”

“Today’s ruling is a victory for the rule of law itself,” Monica Miller, AHA’s Legal Director and Senior Counsel, remarked. “While we disagree on the proper interpretation of the First Amendment, we joined forces with the ADF because of our shared conviction that First Amendment liberties are meaningless if they cannot be vindicated,” Miller explained.

(Image via ADF. Large portions of this article were published earlier.) 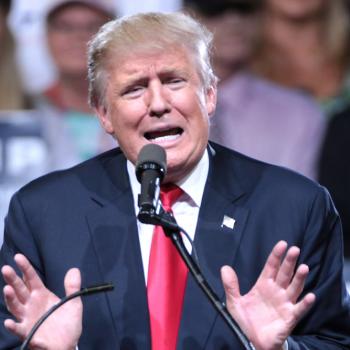