Survey: Atheists Are More Likely to Get Vaccinated Than Any Religious Group March 6, 2021 Hemant Mehta

Survey: Atheists Are More Likely to Get Vaccinated Than Any Religious Group

According to a new survey from the Pew Research Center, atheists are more likely to get the COVID vaccine than any other religious demographic.

White evangelicals, as usual, trail everybody else. 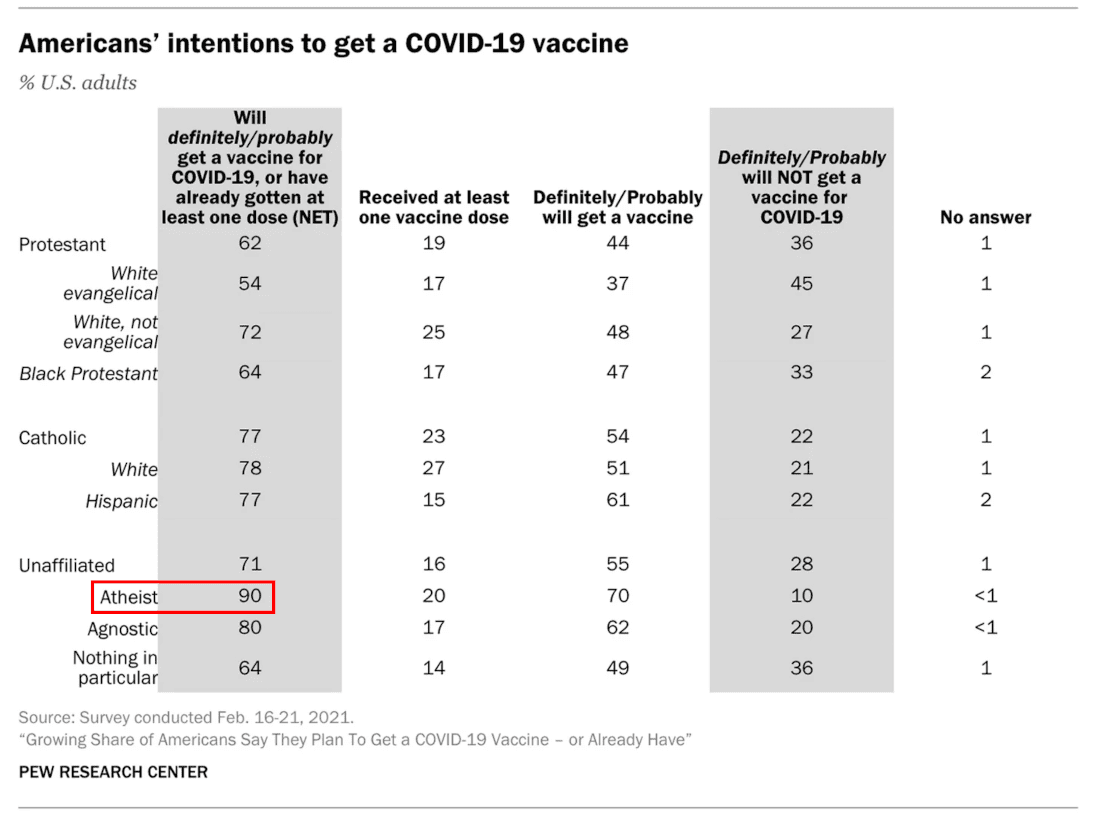 90% of atheists — not “Nones,” but atheists specifically — say they will “definitely” or “probably” get a vaccine or that they’ve already received one shot. On the other end of the spectrum, only 54% of white evangelicals say the same thing.

10% of atheists say they have no plans to get a shot compared to 45% of white evangelicals.

These answers seem to fall right in line with how the two groups feel about science, medicine, and their understanding of the virus. When you accept the science, and you understand the protection that the vaccine provides, getting a shot is a no-brainer. (Even then, of course, there are a handful of atheists who accept conspiracy theories.) But there are a hell of a lot more white evangelicals who fall for similar nonsense, see science as an enemy of faith, and really don’t trust the Democrats in power to handle this properly. Ask them to explain how the virus works, and many of the answers will range from “sin” to echoing some Donald Trump lie.

But when this pandemic is over, everyone will have the scientists — not preachers and certainly not Republicans — to thank for getting them out of this awful situation.

March 5, 2021
Conspiracist: I Pretend to Be a Nurse, Then Make People Argue With Me Over Masks
Next Post