In Sri Lanka, a nine-year-old child is dead after her mother contracted a local exorcist to perform a violent ritual.

According to police spokesperson Ajith Rohana, the mother believed that an unidentified illness contracted by the child had demonic origins, and that the girl was possessed. She took the child to the exorcist’s home in Delgoda, a small town outside Colombo, where the exorcist (also a woman) performed a violent ritual to drive out the “evil spirit” within her:

The mother had suspected that the daughter had been possessed by a supernatural being causing illness. The mother took the child to a neighbouring house to perform the shamanic ritual. The particular neighourhood lady provided a treatment using some oil. Then it was reported that she then proceeded to attack the child using canes to rid her of the demon being. After being attacked by canes the young girl fell unconscious and was taken to the Biyagama Hospital last night where the doctors reported her passing.

An autopsy was scheduled to take place earlier this week, but results have not been made public. Media organizations have hesitated to state outright that the exorcism caused the child’s death, but police have arrested both the mother and the exorcist. The pair appeared in court on Monday and were ordered detained for a further two weeks as the investigation is ongoing.

Rohana says the exorcist was known in the area for offering her services to other families in recent months, and that they are checking in with those families to find out whether other violent abuses took place. He says some of the exorcist’s neighbors responded when they heard the child crying, but their rescue came too late.

Neither Rohana nor anyone else affiliated with the police department has divulged either party’s specific religious affiliation. In North America we tend to associate the practice of exorcism with Christianity (most often Catholicism), and it’s possible that’s the case here; roughly 7% of the population identifies as some flavor of Christian. But Sri Lanka itself is predominantly Buddhist, and exorcism exists within that tradition, especially in popular expressions of the faith.

Ultimately it’s a grim tragedy in any religious tradition, and an example of what happens when faith goes too far.

March 3, 2021
Please Support the Work I Do Through This Site
Next Post 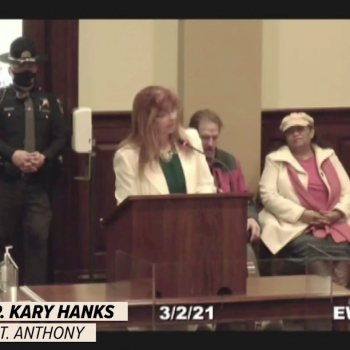