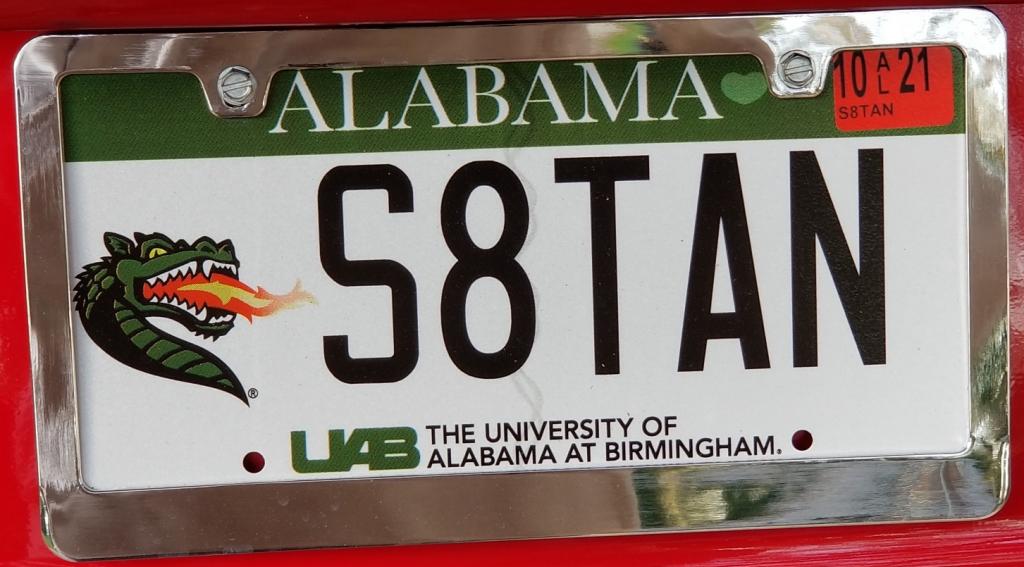 Why would anyone do that in Alabama? Beats me. But my opinion is irrelevant. The point is that a member of a religious group wanted a license plate honoring Satan, no different from if a Christian wanted a license plate with a brief biblical message on it. As long as its in good taste, there shouldn’t be an issue.

But the state’s Motor Vehicle Division responded with a message saying the plate was “offensive to the peace and dignity of the State of Alabama.”

The Alabama Department of Revenue, Motor Vehicle Division, has determined that the above referenced license plate contains objectionable language which is considered by the Department to be offensive to the peace and dignity of the State of Alabama. Registration for this personalized license plate message will not be issued/renewed.

That’s downright laughable. Of all the things offensive to peace and dignity coming out of that state, this license plate ranks at least a few thousand spots below the existence of Roy Moore and Tommy Tuberville.

It’s also an absurd rejection because this license plate doesn’t say anything offensive! It’s like the billboard that said “Atheists” or the Kentucky license plate that said “IM GOD.” Both cases had to be settled in court after pushback, but atheists were successful in both instances.

That’s what the Freedom From Religion Foundation pointed out in a letter to the state last October:

… there is nothing profane or sexual in nature about our local complainant’s personalized license tag.

It should be plain to see that a state government may not restrict a “S8TAN” personalized plate. An individual has a protected free speech right to select that message, as they would to select another religious message or any other message.

FFRF announced yesterday that their efforts were finally successful. The person in question (who asked to remain anonymous) finally got approval for the license plate.

“My husband and I are members of The Satanic Temple; its fundamental tenets fit with what we believe,” the person emailed FFRF in a missive that profusely thanked the national state/church watchdog. “The state of Alabama has no business judging us for our or anyone else’s beliefs.”

“Our complainant learned that folks at the Alabama Motor Vehicle Division laughed and said that S8TAN would never be on a tag in the state of Alabama,” says FFRF Co-President Annie Laurie Gaylor. “Now look who is having the last laugh.”

It’s such a pathetic battle by state officials and it’s not surprising that they quickly backed down. Anyone with even a cursory understanding of the law could’ve told them rejecting this plate request would be illegal. Just because Satan is unpopular with Christians doesn’t mean the government can reject a pro-Satan message. And if that makes Christians uncomfortable, that’s their problem.

To the people who now own that car, please drive safely. It’s not going to be a good look if the “S8TAN” car gets caught speeding.

March 2, 2021
Baptist Pastor Who Told Wives to Lose Weight Has Taken a "Leave of Absence"
Next Post