A former Christian city council member has been arrested on charges of theft, disorderly conduct, and breaking into restricted space during the Capitol insurrection on January 6. That’s according to an FBI agent’s arrest warrant made public today.

Some backstory: In 2018, in West Virginia, a Parkersburg City Councilman named Eric Barber was so dickish about having Christian prayers at meetings that when some atheists remained seated during the invocation, Barber stared them down, turned on the microphone after the prayer, and shouted “Amen” into it — presumably to let those dissenters know which religion mattered more. 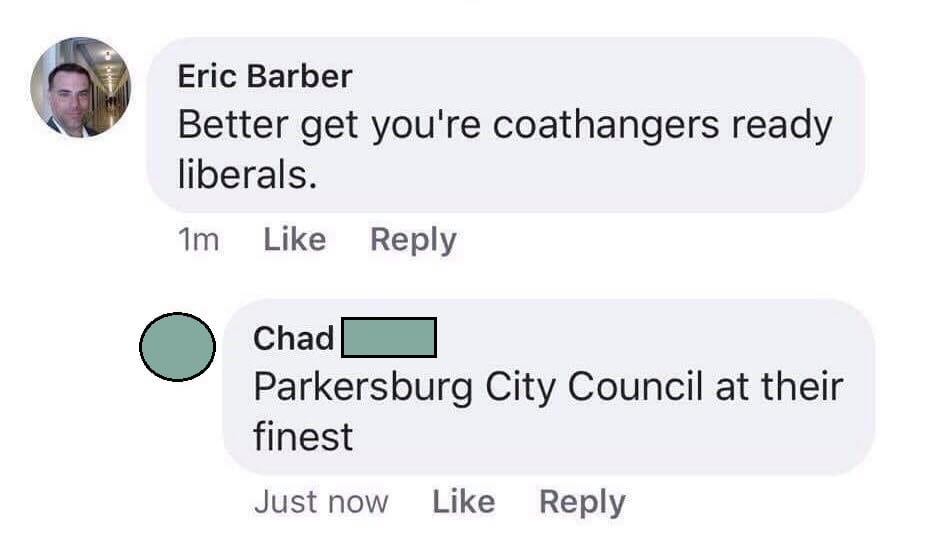 That same year, when a psychologist said there was nothing wrong with a boy who enjoyed wearing dresses, Barber claimed the psychologist was “one of the many gay men who enjoys watching pre puberty boys compete in drag shows.”

And then, after the Capitol coup attempt, Barber was believed to be one of the rioters. 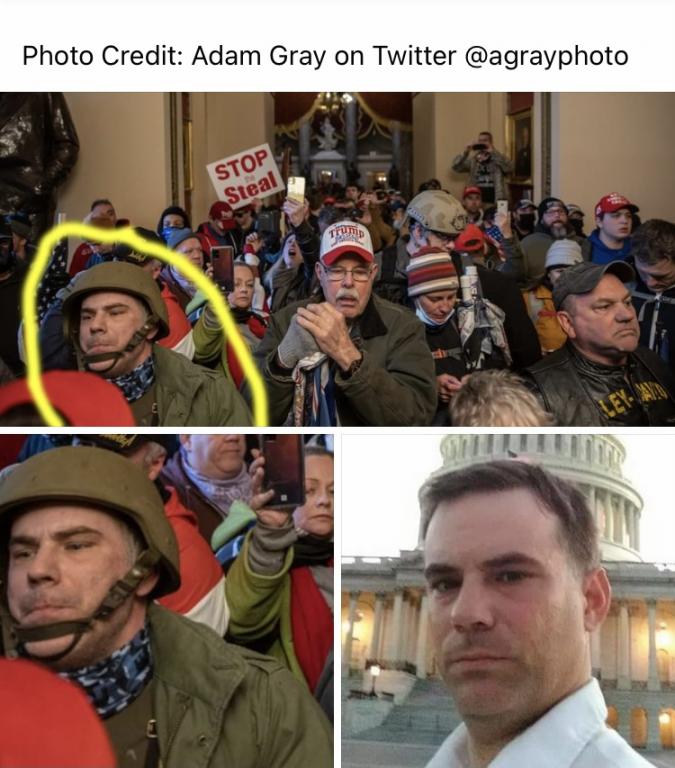 A video taken at the scene appeared to show Barber right in the mix inside the Capitol, which is especially interesting given that he told the Parkersburg News and Sentinel and a local news station that (in the newspaper’s words) “he did not enter the building.”

Today’s unsealed complaint says that a number of tipsters informed the FBI that Parker may have been one of the criminals based on the information above, and even local police confirmed he was the guy in the images. The complaint also says Barber took selfies in the Capitol Rotunda, then appeared to steal “a portable powerstation from the [C-SPAN] media stand.”

So not only did he lie about his whereabouts, he stole stuff while he was inside the building. That’s what his Christian beliefs led him to do.

The affidavit from the FBI special agent also says the complaint needed to be sealed until Barber was arrested because there was concern he would flee from prosecution, destroy evidence, or intimidate witnesses if he was tipped off in any way. The judge granted that request on February 16.

The fact that the document was made public today means that Barber has now been arrested.

His first hearing will take place this afternoon.

(Thanks to Norman for the link. Large portions of this article were published earlier)