Scott Lively: I Asked God to Destroy a Strip Club, So He Caused a Gas Explosion! March 2, 2021 Hemant Mehta

Scott Lively: I Asked God to Destroy a Strip Club, So He Caused a Gas Explosion!

Anti-LGBTQ activist Scott Lively — the man who inspired Uganda’s infamous “Kill the Gays” bill — told a story yesterday about how he used to drive by a strip club and prayed God would destroy it.

And then one day, he says, it happened.

One day, when I was living in Springfield, we had our inner city mission there, I would pray against one particular strip club every time I went back, because I went by it all the time. It was called “Scores Nightclub,” and I prayed several times for the Lord just to bring it down.

And then one day, as I was driving past it, I prayed it again, and I asked, “Lord, how come you never answered those prayers?”

And then I went home.

Within 24 hours, that building was completely demolished with a gas explosion — without one brick being left on another. Nobody died. There were people injured with — there were minor injuries.

Obviously, the gas explosion isn’t connected to his prayers. What I can’t figure out is if he would’ve given a damn had people died in the blast. This is a guy who is so opposed to homosexuality, he was arguably responsible for a bill that involved the execution of gay people. I wouldn’t put it past him.

The reason Lively brought this up, by the way, is because he said he’s been praying for the destruction of the Southern Poverty Law Center the same way… but, to this point, God hasn’t brought down the building yet.

Radical right-wing activist Scott Lively reports that he once did a prayer walk around the @splcenter and delivered an imprecatory prayer asking God to destroy the organization. As he notes, "so far, that prayer has not been effective." pic.twitter.com/tIv5UoKJhi

It’s never enough for people like Lively to just have better ideas. They’re never satisfied unless other people or places are destroyed. Since their words never find broad support, they rely on God to punish their perceived enemies. 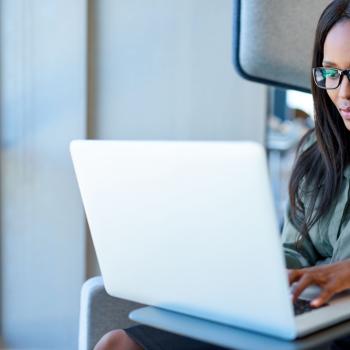