Just before the U.S. House passed the Equality Act on a nearly party-line vote, Rep. Al Green of New York gave a barn-burner of a speech in defense of the bill by throwing the Christian God right back at all the Republicans who claimed their religion led them to oppose civil rights protections for LGBTQ people.

God created every person in this room. Are you saying that God made a mistake?

This is not about God. It’s about men who choose to discriminate against other people because they have the power to do so.

My record will not show that I voted against [the bill’s chief sponsor Rep. David] Cicilline having his rights. My record will show that when I had the opportunity to deliver liberty and justice for all, I voted for rights for all.

That short-yet-powerful sermon came in response to conservative bigots who cited their faith as justification to let discrimination continue:

Members of the hard-right House Freedom Caucus delivered a broad attack on the substance of the bill Thursday, with many calling it part of a broader liberal attack on traditional Christian values.

Rep. Randy Weber (R-Tex.) called the bill “anti-life, anti-family and anti-faith,” while Rep. Yvette Herrell (R-N.M.) argued that it “moves our nation away from our Judeo-Christian values and takes away parents’ rights to decide.”

We’re a better country because we stopped letting conservative interpretations of the Bible control our lives.

Only three Republicans ended up voting for the bill, which will ban discrimination on the basis of sexual orientation or gender identity when it comes to employment, education, housing, credit, jury service, and more.

Pastors will continue to have the freedom to promote bigotry to their heart’s delight.

But as Green noted, the record will forever show that almost the entire Republican Party — and plenty of evangelical non-profit groups — did everything in their power to promote hate and intolerance against LGBTQ people.

It’ll be tougher to pass the bill in the Senate, where 60 votes will be needed to pass it because conservatives like Senators Kyrsten Sinema and Joe Manchin refuse to eliminate the filibuster. They would rather see LGBTQ people suffer than use their power for good.

Which means you can fully expect the Republicans there to lie about how this bill would interfere with church teachings or hurt people of faith. It’s what the party does. But let’s hope basic human decency is able to overcome the GOP’s typical heartlessness.

February 25, 2021
Christian "Prophet": The Military Will Soon Reinstate Trump as President
Next Post 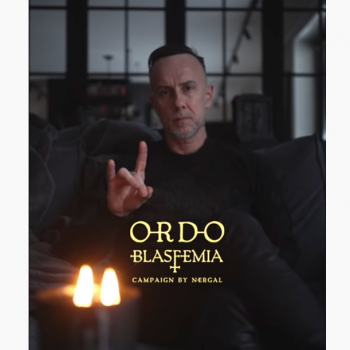 February 26, 2021 Poland Singer Charged with Blasphemy Wants to Raise Funds to Fight Back
Browse Our Archives
What Are Your Thoughts?leave a comment