Evangelist: The Only Way Biden Could Be President Is If “Americans Are Idiots” February 19, 2021 Beth Stoneburner

Evangelist: The Only Way Biden Could Be President Is If “Americans Are Idiots”

Christian evangelist Mario Murillo, who claimed God sent Donald Trump to “save” people from Democrats and that none of the Capitol rioters “were Trump supporters,” is still having a hard time dealing with the new administration.

Last week, he claimed that Joe Biden couldn’t possibly be president because surely the majority of the voters couldn’t be that stupid.

“You have one of two choices when you look at Biden, and the best answer is that it’s fraud that put him in there,” Murillo said. “Because the other one is that America is really stupid, and I don’t really want to face the fact that America is stupid.”

Murillo declared that under Trump, the economy was great and U.S. global stature was “being elevated,” so there is just no way that voters would have elected Biden instead.

“This man got the highest percentage of minority votes of any president that was ever Republican,” Murillo continued. “He got 12 million more votes than Obama did when Obama was reelected. And it’s so much easier to believe it’s fraud. It goes down easier. I can swallow that. Because otherwise I have to believe that Americans are idiots and that they would willfully put themselves in a position where a career politician with a rap sheet that absolutely is unbelievable is actually our president. It’s easier just to believe the truth, which is something nasty was done to us.”

Look, Biden isn’t the president progressives dreamed about, but he’s one we’ll gladly accept given the alternative in November. It wasn’t a contest as to who was more qualified — or mature or compassionate — and Murillo, like so many Republicans, fails to grasp just how much so many people despised Trump.

Gotta hand it to him, though: That is one sick burn, calling the majority of Americans “stupid” for wanting affordable healthcare, stimulus checks, someone who takes the virus seriously, raises the minimum wage, and offers a more humane response to immigrants.

What does his insult say about himself? 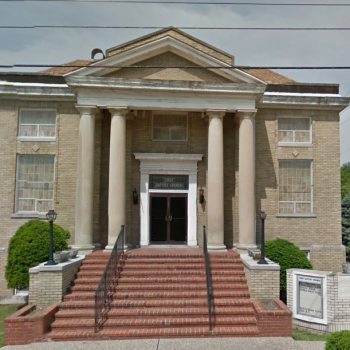 February 19, 2021
A Kentucky City Plans to Use $1.2 Million in FEMA Relief Aid to Build a Church
Next Post 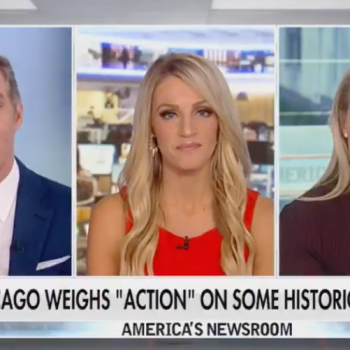 February 19, 2021 FOX News Anchor: Cancel Culture is "Gonna Come After Bible Characters Next"
Browse Our Archives
What Are Your Thoughts?leave a comment