Televangelist Robin Bullock, who said last November that the COVID crisis could be blamed on people who voted for Hillary Clinton, is going even crazier on his political ideas.

He said this week that not only is Donald Trump still president, President Joe Biden “doesn’t exist.”

"Prophet" Robin Bullock says that Trump is still president and that President Joe Biden "doesn't exist": "They all know he's not real." pic.twitter.com/nInvDRZn9J

People say, “Well, we need to pray for the president.” Yes. Donald Trump. Pray for him.

It’s one thing to live in a bubble outside of reality. It’s another to assume everyone else acknowledges it.

I never expect much from an evangelist but it’s the height of irony for someone who believes fiction is reality to tell the rest of us that reality is fiction. 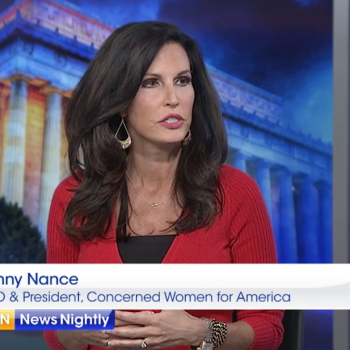