Dave Hayes, a Christian activist known as the “Praying Medic” and one of the more vocal QAnon supporters, is now claiming that God will remove President Joe Biden from office and replace him with Donald Trump.

That’s tough to believe given that Biden has already been inaugurated, signed a number of executive orders, has much of his Cabinet in place, and is currently working on major legislation.

“We’re getting to a point where the military I don’t think is going to have a choice but to step in,” Hayes insisted. “I think the military will be compelled to step in. Sort of like if you’ve read how, in the Old Testament, God would draw a king into battle against another king even though that king wouldn’t necessarily want to get into that battle, God has a way of making it happen. I think even if the military is not interested in getting involved in this whole Joe Biden administration, I think God is going to make it so that they don’t have a choice.”

The mental gymnastics employed here deserves a gold medal. That will be even more true as time goes by and Biden remains president. Somehow, these conspiracy theorists always seem to land on their feet when none of their predictions come true; there’s always an excuse and always a group of people who will believe them.

You would think Hayes would’ve gotten out of the business after claiming he cured one woman’s tinnitus by removing a cactus on her head, but a man like him has no shame. 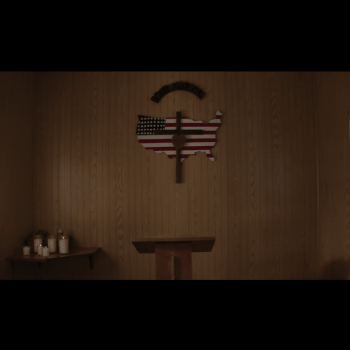 February 13, 2021 Podcast Ep. 361: This Church Doesn't Represent America
Browse Our Archives
What Are Your Thoughts?leave a comment