Speaking with conservative sucker-puncher and Christian writer Eric Metaxas earlier this week, self-described “prophetess” Amanda Grace explained that Donald Trump is still president, and the impeachment trial against him proves it.

“The Lord has never said to me [Trump is] not going to serve a second term,” Grace added. “Sometimes what the Lord doesn’t say is as important as what he says. And he never said to me, ‘President Trump is not going to serve a second term.’ However, I do believe, because I prophesied this last night from the Lord, a surprise is coming with this impeachment because you can’t impeach a citizen. So something is very interesting here going on, because they’re trying to impeach a citizen right now, if he really is a citizen. You can only impeach a sitting president, so this is like we have dueling presidents right now. This is what it is: dueling presidents.”

Anyway, you can actually impeach a former president. Trump himself called for President Obama‘s impeachment as recently as last year. Trump cultist and lawmaker Matt Gaetz said it, too. More importantly, there are scholarly arguments in favor of a post-presidential impeachment, largely because it would also prevent someone from running for elected office in the future — that’s the goal here, in addition to holding Trump accountable for his role in inciting the insurrection.

Grace doesn’t know any of this, because research goes against her belief that God will just tell her anything she needs to know. But when the voices in her head are lying to her, that leaves her with nothing to fall back on.

Metaxas, of course, said nothing in response to set her straight. Because he’s just as delusional. 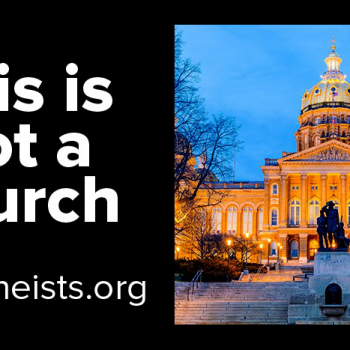 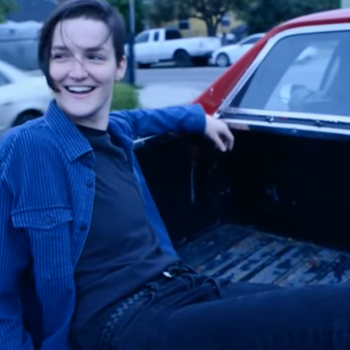 February 11, 2021 The Most Popular Christian Album on iTunes is by a Gay Critic of Church Culture
Browse Our Archives
What Are Your Thoughts?leave a comment