29% of White Evangelicals Harassed Online Say Their Religion Made Them a Target February 7, 2021 Beth Stoneburner

Which religious group is most persecuted online?

You might guess a religious minority. An unpopular one, for sure.

But according to the Pew Research Center, the group most likely to say they’re harassed online because of their faith is… white evangelicals.

Among the 41% of Americans who have experienced online harassment, 29% of white evangelicals said the cause was likely their religious views. 21% of atheists felt that way, while only 15% of Catholics said the same thing. 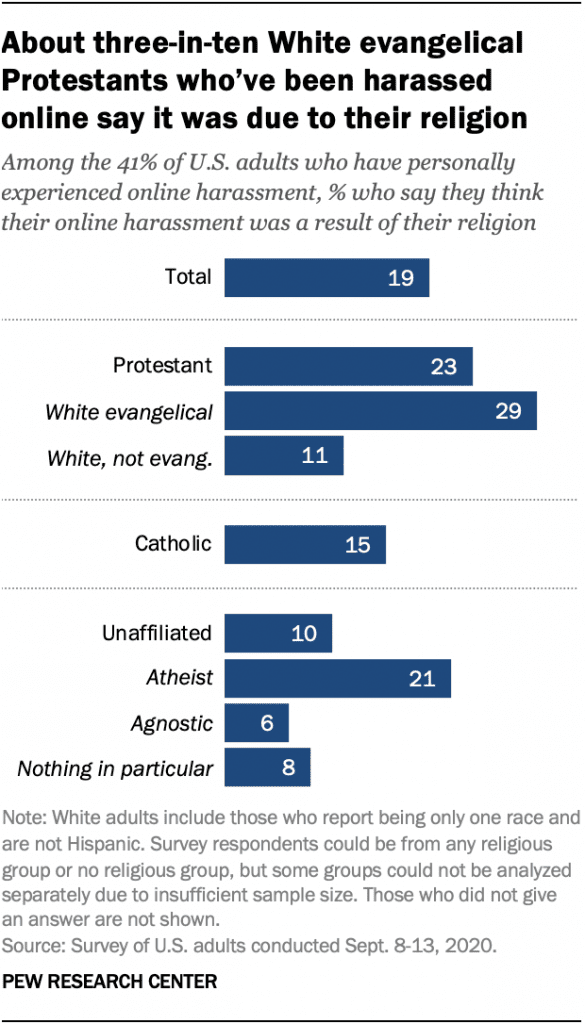 Harassment can mean different things: abusive or threatening language or offline predatory behavior such as stalking. For this survey, the definition of “harassment” was left curiously vague. It was self-reported. And the sort of people who identify as evangelical Christians are also the kind of people who routinely express those views online. That can often lead to arguments when it involves a hot-button social issue. So it’s not shocking that evangelicals feel victimized; when your views are unpopular and perceived as hateful, you shouldn’t be surprised when there’s pushback. (For what it’s worth, the same could be said of many people who proudly wear the “atheist” badge.)

You have to wonder how much of the perceived “harassment” is simply pushback or criticism for broadcasting unpopular ideas.

Without any specific instances to point to, it’s also possible that many people (particularly a certain demographic of pastors with YouTube channels) put their most awful opinions out there just so they can brag about being persecuted when people respond to them. People who love to play victim are always quick to toss out the word. 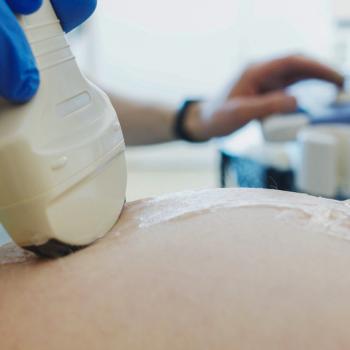 February 7, 2021
TX Woman: A Forced Ultrasound Would Interfere With My "Satanic Abortion Ritual"
Next Post