Five years ago, conservative Christians flipped out when American Girl magazine featured an article about foster care using a picture of a family with same-sex parents.

Back in December, the company introduced its “Girl of the Year,” Kira Bailey, whose elaborate fictional world revolves around animal conservation.

Kira is thrilled to leave Michigan behind to spend part of her summer helping animals in Australia. There, she and Mom stay with her great-aunts Mamie and Lynette, who run the Bailey family wildlife sanctuary and vet clinic.

In one of the books the company is selling as part of the Kira brand, there’s a little more description about the aunts:

In the book, she explains that her aunts married “after the law was changed to allow it,” referring to Australian Parliament’s 2017 decision to legalize gay marriage, two years after the U.S. Supreme Court did the same.

A one-star Amazon review of the book thinks this is far too much for a child… because if a child learns about same-sex couples, then… something AWFUL might happen.

Kimberly Fletcher, president and founder of the misnamed Moms for America, shared in the Christian backlash:

… It is heartbreaking to learn that such a trusted and cherished franchise has given in to feminist lies and deception, destroying yet another valuable support for mothers raising children… Our daughters and sons need a firm foundation in all that is good, true and beautiful to stand strong in the world they are growing up in. Sadly, American Girls has chosen to abandon that legacy we once embraced.

If your kids’ lives are ruined because they discovered the existence of same-sex couples, their lives weren’t that great to begin with. Fletcher is inadvertently telling the country about her own incompetence as a mother.

Charisma, the Christian news outlet that promotes conspiracy theories, also highlighted a Facebook from another deranged mother who said this:

… My daughter is innocent and had no idea what a lesbian is. I am saddened to have had to explain that to her and take away some of her innocence.

A lesbian is a girl who likes girls. It’s not complicated. If that’s a surprise to your daughter — or if it takes something meaningful away from her childhood — it’s because you’re a shitty parent, not because a large company decided to acknowledge the existence of people outside your Jesus Bubble.

And, of course, the one angry mom at One Million Moms (Twitter count: 4189) can’t believe American Girl is “glamorizing a sinful lifestyle“… by merely noting the existence of gay people.

The doll company did not even include a warning so parents would have a heads-up. Within the first few pages of Chapter 1, Kira Down Under includes an illustrated picture of the two women walking down the aisle at their wedding.

This irresponsible storyline is dangerous to the well-being of our children. American Girl should avoid aiming to please a small percentage of customers while pushing away conservative customers.

NOT AN ILLUSTRATED PICTURE OF TWO HUMAN WOMEN WALKING!

The entire Bible is full of disturbing, traumatizing stories, but seeing two happy fictional women on their wedding day sends chills down this mom’s spine.

This is what happens, though, when you’re raised to believe the entire world is out to get you. These Christians think they’re being “persecuted” because a fictional doll has fictional same-sex relatives. Part of me wishes I could live in their fantasy world where real problems don’t exist and they have the luxury of making up fake ones. But then I remember these people not only live in our world, they often have power to create laws and impose suffering on everyone who isn’t like them. The dolls merely helps expose their faith-based hatred. 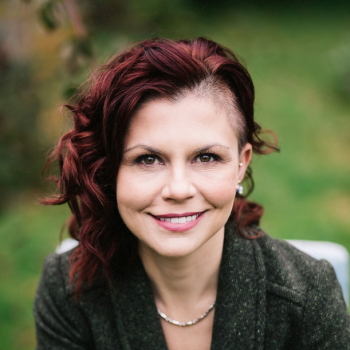