While many conspiracy theorists are still holding strong despite the overwhelming evidence that their fantasy world isn’t real, one of them is beginning to crack.

Conservative activist and former ringleader for the QAnon movement DeAnna Lorraine, who recently said she wouldn’t get a COVID-19 vaccine even if Jesus were to take it, is finally starting to doubt the “trust the plan” mantra:

“I, for one, I’m sick of just looking at clues and taking guesses and kind of following down a rabbit hole where it leads to nothing, and there’s just a lot of broken promises that are not delivered,” Lorraine said. “A patriot doesn’t blindly follow a plan. … We shouldn’t be blindly following anything or anyone, especially when there’s no evidence for that plan ever materializing. Every time that this plan was supposed to happen, or Trump was supposedly playing 5-D chess and supposedly setting traps or about to do this, at no point in the last four years has that trap ever been closed, has the chess move ever been checkmated by Trump. None of these hopes and ideas have ever been fulfilled. Not one. So, a smart person looks at the evidence, looks at historical evidence, looks at a track record, and doesn’t keep doing or wishing [for] something that has no evidence for it being able to materialize.”

Better late than never, I suppose…? It would mean more, though, if she ditched all the conspiracies instead of doubting just one of them. The evidence against her beliefs has been there all along. It takes a certain kind of willful ignorance — and a heavy dose of cognitive dissonance — to act like it isn’t there.

She could actually provide a useful service by helping other Q followers leave the bubble. But her entire career has been built on getting conspiracists to follow her. It’s hard to imagine she’d abandon that formula now. 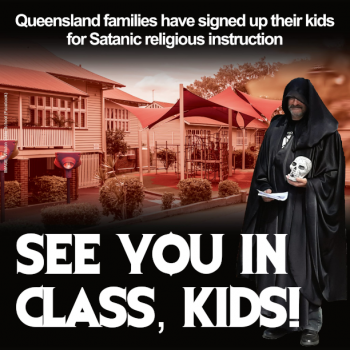