Appeals Court: Boston Does Not Have to Allow a Christian Flag Outside City Hall January 26, 2021 Hemant Mehta

Appeals Court: Boston Does Not Have to Allow a Christian Flag Outside City Hall

The First Circuit Court of Appeals has ruled that the city of Boston was within its rights to reject the flying of a Christian flag outside City Hall Plaza.

Some background: Harold Shurtleff is the director and co-founder of Camp Constitution, a non-profit group that promotes the idea that we live in a “Christian nation.” (He’s wrong.) In 2017, Shurtleff applied for a permit to raise a Christian flag on a pole outside City Hall Plaza to commemorate “Constitution Day and Citizenship Day”… but the city of Boston rejected the request.

Shurtleff contended this was religious discrimination even if the same rules prohibited atheist flags from going up. He said there were plenty of other flags with religious symbols that the city put up, including the national flag for Portugal — which includes a religious symbol — during the city’s Portuguese-American festival. The city even acknowledged that significance on its website at the time. Plus, the city flag for Boston includes a Latin phrase that translates to “God be with us as he was with our fathers.”

He didn’t get very far with that one. That year, U.S. District Court Judge Denise J. Casper denied him a preliminary injunction. And last year, she officially rejected his challenge. In short, she said that Boston had every right to reject his Christian flag.

Wasn’t that hypocrisy given the other flags with religious symbols that were allowed to go up? Not at all, the judge said.

Simply put, unless the city was allowing other religious or atheist groups to put up their own flags in promotion of their beliefs, Christians didn’t have a special right to do the same. And the city had good reason to say no to faith-based flags altogether.

Shurtleff then filed an appeal. Last summer, a coalition of 18 groups, including Americans United for Separation of Church and State and the American Humanist Association, urged the Court to uphold the earlier decision in an amicus brief. Their plea rests on two basic arguments: The original decision was consistent with our understanding of the Establishment Clause, and Boston’s current policy denying religious flags is good for religious freedom:

In a statement, the American Humanist Association reaffirmed why this case was so important:

“Prominently displaying the Christian flag alongside the national and state flags, on quintessential government property no less, would constitute tacit governmental endorsement of Christianity in violation of the Establishment Clause,” AHA Legal Director and Senior Counsel Monica Miller proclaimed.

Now an appellate court has ruled in support of church/state separation.

Boston is “entitled to select the views that it wants to express,” U.S. Circuit Judge Bruce Selya wrote for a three-judge panel.

And the refusal to fly the flag “simply cannot be construed to suggest the disparagement of the plaintiffs’ religion,” the 86-year-old Reagan appointee added.

“Although the plaintiffs might perhaps make the case that a lone Christian flag, nowhere near City Hall, would be seen as devoid of any connection to a government entity, a City Hall display that places such a flag next to the flag of the United States and the flag of the commonwealth of Massachusetts communicates a far different message.”

The other two judges, both Clinton appointees, signed onto that decision.

The AHA welcomed the ruling while pointing out how the case never should’ve gotten this far at all:

“While this is a victory no doubt, the fact that a federal appeals court even had to entertain the question of whether a city can refuse a Christian flag is itself alarming,” AHA Legal Director and Senior Counsel Monica Miller opined. Miller explained, “The Christian right is using the guise of ‘religious freedom’ to eradicate separation of church and state and this case is but one example.” “We are grateful the First Circuit reached the only correct conclusion, but it is scary to think how this case would have ended in a different circuit or the Supreme Court.”

AHA Executive Director Roy Speckhardt observed: “It is a relief to see that federal courts still respect the separation of church and state and understand the harm religious displays on government property can cause.”

As I’ve said before, there was just no reason to overturn the earlier decision. This wasn’t a complicated case. It didn’t involve the kinds of loopholes exploited by the Supreme Court in recent church/state cases. It was just an example of a Christian who believed his faith put him above the law.

There’s no persecution going on. A Muslim or atheist group attempted to do what he’s doing would also fail. The difference is that they know better than to try it. This guy’s just whining over nothing. 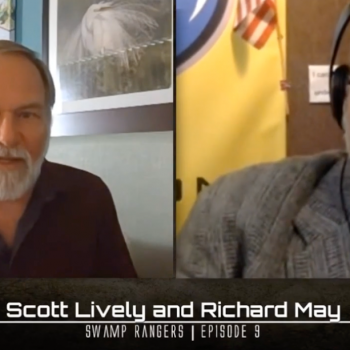 January 26, 2021
Scott Lively: God Let Trump Lose to Punish Him for Being Too Gay-Friendly
Next Post 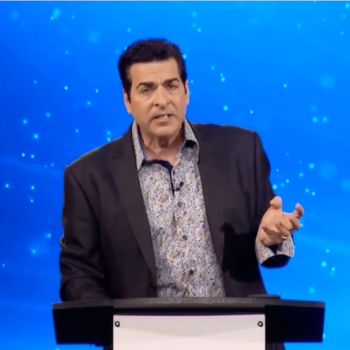