South Carolina Rep. Jim Clyburn, the House Majority Whip and one of the most influential Democrats in the country, plans to introduce a measure that would make “Lift Every Voice and Sing” — a.k.a. the Black National Anthem — our National Hymn. 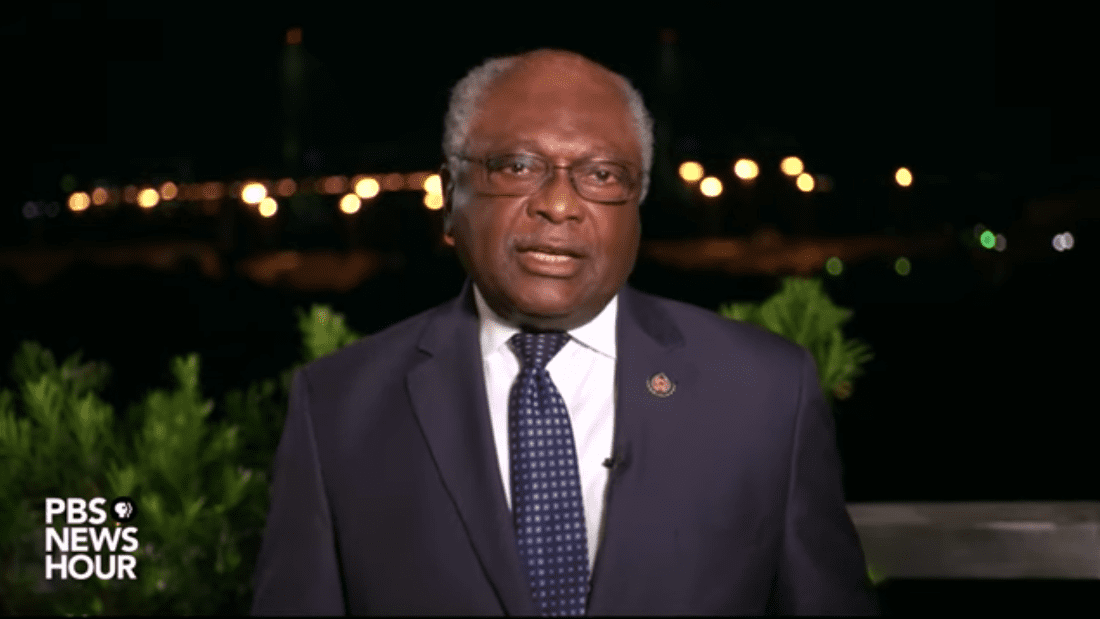 Since 1973, six bills have been introduced in Congress to designate songs, including “God Bless America,” and “America the Beautiful” as a national hymn, but none of them passed into law, according to the U.S. Senate Historical Office.

Obviously, a song won’t fix our country’s underlying racial problems, and Clyburn knows that. But symbols can still have power.

That said, while this is a well-intentioned idea, we’d be better off without it.

We don’t need a national song that promotes religion for the same reason we never should’ve embraced “In God We Trust” as our National Motto. The government shouldn’t be in the business of promoting religion, no matter how innocuous it may seem. Clyburn’s goal is uniting the country and calling attention to racial injustice, but it would have the added effect of promoting a song with lyrics like, “God of our weary years, God of our silent tears.”

The Secular Coalition of America, which lobbies on behalf of non-religious Americans, is asking members to oppose the resolution when it’s introduced:

The Secular Coalition for America acknowledges the power and relevance the song, “Lift Every Voice and Sing”, has among the Black community and supports the sentiment of unity behind Rep. Clyburn’s initiative, but we are concerned that it is yet another instance of nontheist erasure and endorsement of religion by the government.

The Secular Coalition for America is asking you to contact your representative in Washington, and ask them to reject the proposal for a national hymn. In lieu of another symbolic gesture that would make little material difference in the lives of the American people, congress should instead focus on real legislation that would serve the purpose of instituting real change.

It’s a fine line for the church/state separation crowd trying to support the gesture in principle — because the principle is good! — while still opposing the specific measure. Our point is valid, though, and we’ve said it before: The Democratic-led House shouldn’t have a chaplain at all… though it’s progress, in a way, that the new one is a woman. The White House should eliminate the Office of Faith-Based and Neighborhood Partnerships… though if they’re going to keep it, at least it’s going to be more inclusive that the evangelical-heavy version we saw during the Trump administration. And we don’t need a National Hymn any more than we need a National Prayer or an oath that involves placing a hand on the Bible.

If Democrats really care about religious inclusion, then they shouldn’t be using their power to promote Christianity, even for a good cause. Democrats should stop acting like Republicans. pretending we live in a “Christian Nation.”

Symbols have power. Symbols in defense of racial justice are important. There are ways to celebrate that without exalting a Christian God in the process. 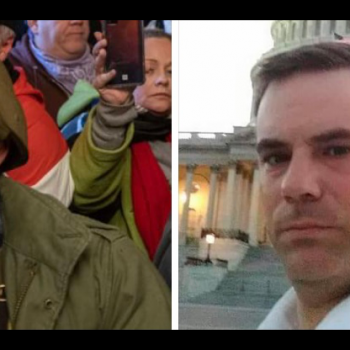 January 15, 2021
Video and Photos Suggest Christian Councilman from WV Was a Capitol Rioter
Next Post

January 15, 2021 Man Involved in MI Governor Kidnapping Plot Said God Gave Him Permission to Kill
Browse Our Archives
What Are Your Thoughts?leave a comment