Slowing the spread of COVID requires whole communities to work together, whatever their differences in opinion, for a common cause… but what do you do with a group that won’t play ball, regardless of penalties imposed?

A community in Calgary, Alberta, is the latest to grapple with that ongoing problem. 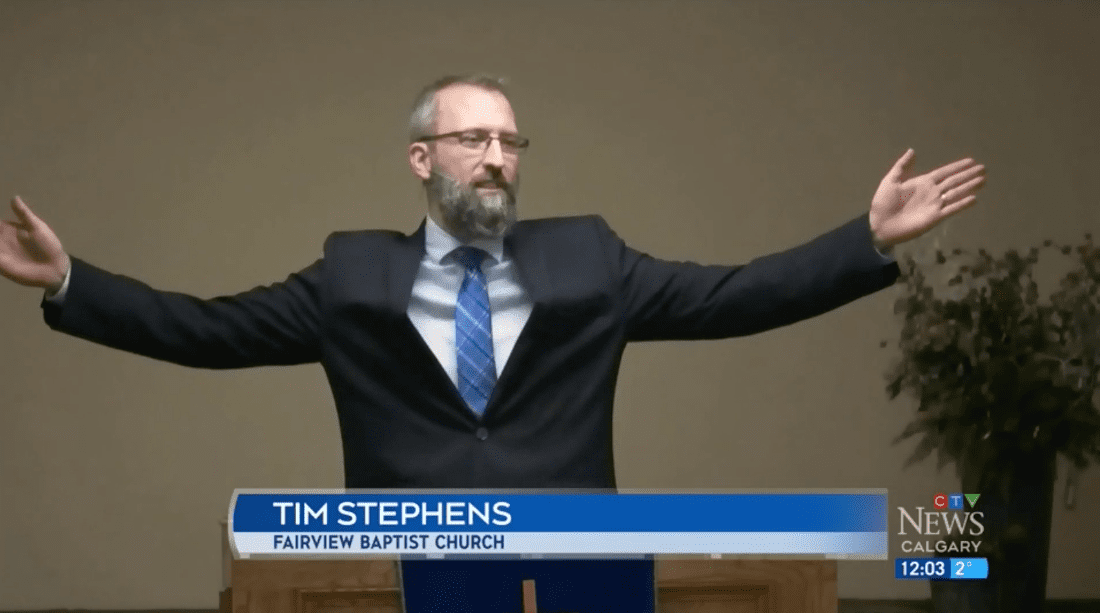 In a recent health inspection, Alberta Health Services (AHS) found that church services at Calgary’s Fairview Baptist Church were proceeding above safe capacity, without proper social distancing and with virtually no participants wearing face masks. Inspectors also found that the church made no efforts to disinfect high-touch surfaces between services.

Accordingly, the officer who conducted the inspection issued a $1,200 fine and a written order requiring the church to make some key changes if it wanted to continue operating. The church had all of last week to complete a risk mitigation plan and bring itself into compliance with public health statutes.

But even then, Pastor Tim Stephens has kept encouraging his flock to carry on as if the pandemic isn’t happening. In an e-mail to his congregants, sent out mid-week, Stephens declared that he would not be following through with any of the health department’s requirements:

I addressed the regulations theologically, scientifically, legally, and politically. I knew that receiving a fine would be a real possibility. Having received one now, the course is unchanged.

And sure enough, church services went forward in person on Sunday, with nary a single measure in place to prevent the spread of the illness. CTV Calgary’s Timm Bruch reported that dozens of unmasked attendees greeted one another with handshakes and hugs.

Police and peace officers joined health workers in front of the church, but Stephens says they issued no further fines, and to date the church hasn’t been ordered to close down, even as AHS acknowledges that Alberta has a problem with citizens “actively disobeying” regulations put in place to prevent COVID from spreading.

Stephens claims that AHS requirements “make it impossible for us to obey God.” But other Alberta faith communities beg to differ. Priests, imams, and rabbis from all over Calgary have tailored their worship practices to comply with COVID directives, and they’ve spoken publicly of the need for churches to provide leadership and guidance for their communities, helping the faithful wade through whatever conflicting information they might be receiving.

Anglican Reverend Anna Greenwood-Lee, who urges her parishioners to express their faith by donating to the needy, says the government ought to be firmer with faith communities like Fairview Baptist who flout the laws:

Beyond the religious communities of Calgary, Fairview Baptist’s nearest neighbors have implored them to “do what is necessary to minimize risk” in an open letter signed by Regan Klyn, President of the Fairview Community Association (FCA). While they emphasize their intent to proceed with “inclusion and respect,” they’re very clear about how unacceptable the church’s response has been:

Fairview is made up of a diverse group of residents, from a variety of backgrounds and faiths, but we all want a safe and welcoming community to call home… The purposeful disrespect for occupancy maximums, masks, distancing, and other mandatory Public Health Act orders is frustrating residents, and does not convey a message in keeping with the spirit of our community.

In an effort to impose some sort of consequence for the church’s ongoing intransigence, given that nobody else seems to have been able, the FCA has announced that it will no longer rent event space from Fairview Baptist for community meetings (once it becomes safe to host such meetings again, of course).

Their message ends with a starkly honest sign-off: “Please do not continue to ignore the health of our community.”

Hopefully the church will take it to heart… but based on their actions thus far, I wouldn’t hold my breath. 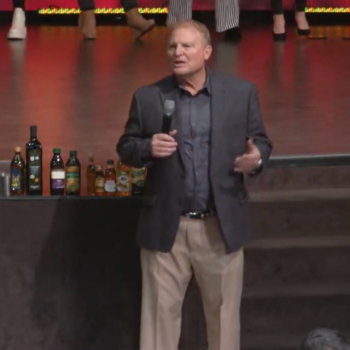 January 12, 2021
KY Pastor Curses Those Who Have "Stolen the Election" With Poverty and Misery
Next Post 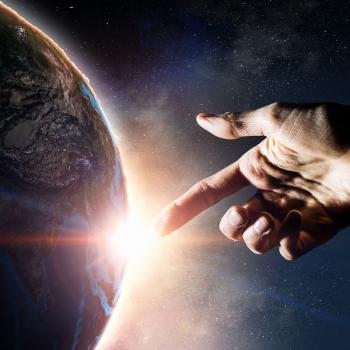