Turkish Creationist Adnan Oktar Sentenced to Over 1,000 Years in Jail

Adnan Oktar, a Creationist preacher in Turkey, was sentenced today to more than 1,000 years in prison for a variety of crimes including “forming and leading a criminal gang, fraud and sexual abuse.”

If the name isn’t familiar to you, let’s go back in time a bit.

The United States was waaaaaaay near the bottom of that list, with a paltry 40% of people who accept that evolution is true. The only country lower than us when it came to science literacy was Turkey.

That was in large part due to Oktar, who wrote the “textbook” The Atlas of Creation (under the pen name “Harun Yahya”). He’s been very effective in convincing people to ditch evolution. In 2017, Turkey removed evolution from the nation’s science classes entirely. 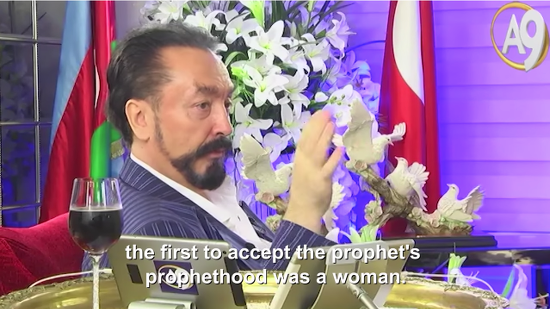 Beyond that, Oktar has fashioned himself a sort of Turkish Hugh Hefner, surrounding himself with a certain type of woman and calling himself a feminist, a move that has angered Islamic traditionalists.

Over the years, he’s gotten into trouble with religious authorities for things like selling alcohol and mixing belly dancers and religion on his TV show (the dancers were allegedly pressured against their will to appear).

But in 2018, according to Turkish news sources, Oktar was arrested for reasons having nothing to do with science. The Hurriyet Daily News said the charges against him ranged from “sexual abuse to military espionage.” And that was just the beginning:

For a man who had run-ins with President Recep Tayyip Erdoğan before, it was just a matter of time before he was convicted.

And today we know the end of the story:

Oktar and 13 other high-ranking members of his group were in total sentenced to 9,803 years and six months in jail, state-owned Anadolu news agency reported. Oktar himself was sentenced to a total 1,075 years and three months in prison on 10 counts. The sentences will run consecutively.

Another report offers a glimpse at the trial:

Oktar told the presiding judge in December that he had close to 1,000 girlfriends.

“There is an overflowing of love in my heart for women. Love is a human quality. It is a quality of a Muslim,” he said in another hearing in October.

He added on another occasion: “I am extraordinarily potent.”

One of the women at his trial, identified only as CC, told the court that Oktar had repeatedly sexually abused her and other women.

Some of the women he had raped were forced to take contraceptive pills, CC told the court.

The cult leader and Creationist will almost certainly remain in prison for the rest of his life after hurting countless people, both physically and mentally.

(Large portions of this article were published earlier. Thanks to Som for the link) 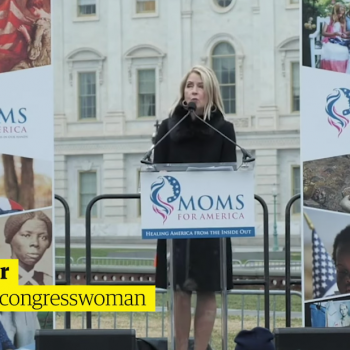 January 11, 2021
Republican Lawmaker Admits It Sounded Bad to Say "Hitler Was Right on One Thing"
Next Post 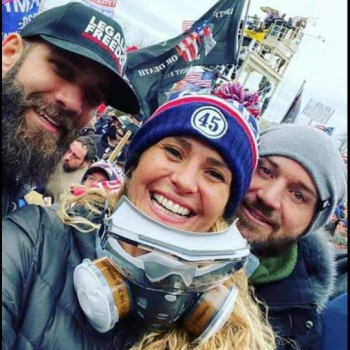 January 11, 2021 Florida Church: Don't Blame Us Just Because Our Members Joined the Capitol Coup
Browse Our Archives
What Are Your Thoughts?leave a comment