Last week, the morning of the Capitol coup, Rep. Mary Miller (R-IL) gave a pre-written speech in front of a group called “Moms for America” during which she praised Hitler.

Turns out there’s backlash for starting a sentence with the phrase “Hitler was right on one thing.”

“This is the battle,” she said according to video posted by WCIA-TV. “Hitler was right on one thing. He said, ‘Whoever has the youth has the future.'”

The comment is often attributed to Hitler, who organized youth groups to introduce children to Nazi ideologies.

While Hitler apparently said that, so have many many other people. Saint Ignatius of Loyola allegedly said something very similar! Why not quote him?! Did she really think no one would mind because of the inspirational context?

Miller has since released an apology — sort of:

Earlier this week, I spoke to a group of mothers about the importance of faith and guarding our youth from destructive influences. I sincerely apologize for any harm my words caused and regret using a reference to one of the most evil dictators in history to illustrate the dangers that outside influences can have on our youth. This dark history should never be repeated and parents should be proactive to instill what is good, true, right, and noble into their children’s hearts and minds. While some are trying to intentionally twist my words to mean something antithetical to my beliefs, let me be clear: I’m passionately pro-Israel and I will always be a strong advocate and ally of the Jewish community. I’ve been in discussion with Jewish leaders across the country and am grateful to them for their kindness and forthrightness.

In other words, Don’t be mad at me! I have Jewish friends! Also… Israel!

It would have been so much easier to simply say, “I was wrong to quote Hitler and never should have done it. Full stop.” She chose the dog whistle instead. And the sad thing is that incident wasn’t even the worst thing Republican members of Congress said that day.

There are calls for Miller’s resignation. That’s not just politics. She represents a very red district. Another Republican would likely fill her seat. The Party wouldn’t lose a voting member.

Republican leaders likely won’t put any pressure on her to resign. Why bother when others in the caucus are even worse? 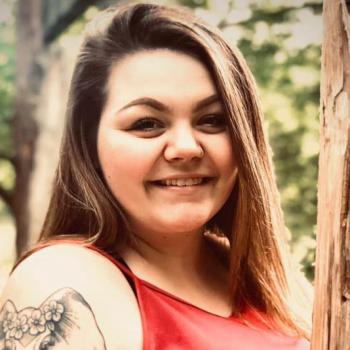 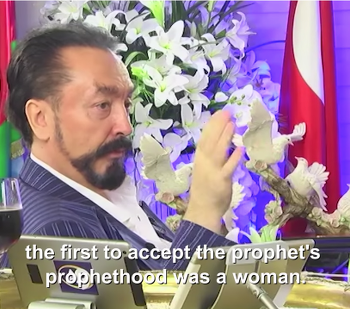 January 11, 2021 Turkish Creationist Adnan Oktar Sentenced to Over 1,000 Years in Jail
Browse Our Archives
What Are Your Thoughts?leave a comment