Earlier this month, police in Columbus, Ohio shot and killed 23-year-old Casey Goodson Jr., a Black man with no criminal record who had just returned from going to the dentist and picking up food for his family.

Over the past couple of days, though, more information has surfaced about Meade using religion to justify violence — or at least pointing to religion in defense of being the aggressor in any incident.

Meade has been the pastor of the relatively tiny Rosedale Free Will Baptist Church since 2014 — their website is currently “down for maintenance” which must be very convenient — and videos have surfaced in which he brags about the need to attack others first and how that whole “turn the other cheek” thing that Jesus is known for is a horrible idea.

A recording of Meade’s remarks, delivered at a 2018 convention of the Ohio State Association of Free Will Baptists, has brought religion to the forefront of a controversial police killing with opposing interpretations of the Gospel squaring off on Sunday mornings here in central Ohio. During those remarks, the SWAT officer described violence in the line of duty as a “righteous release.”

“I work for the sheriff’s office…. I hunt people — it’s a great job, I love it,” Meade told those in attendance. “I worked this job 14 years, you know I ain’t never been hit clean in the face one time? It’s a fact. It ain’t ’cause I’m so good… You know why? I learned long ago I gotta throw the first punch. And I learned long ago why I’m justified in throwing the first punch. Don’t look up here like, ‘Oh, police brutality.’ People I hit you wish you could hit, trust me.”

He makes similar comments in this 2018 video from the sheriff’s office in which they talk about “connecting with the community.” Meade is the guy in the middle.

Meade also said it’s contagious when someone “throws the first punch.” He likened it to David hitting Goliath using a slingshot.

Notice that he doesn’t say he attacks someone only if it’s warranted, but rather as a sign of camaraderie.

None of this is evidence of his guilt. Pastors say insane things all the time; it doesn’t mean they’re murderers. But none of it is surprising either. Law enforcement is full of people who believe they’re acting on some kind of religious mandate and they frequently point to the Bible as justification for what they do. The fact that another white cop involved in another fatal shooting of a Black man also serves as pastor of a fundamentalist Baptist church is maybe the least surprising revelation in an incident that’s become all too familiar. 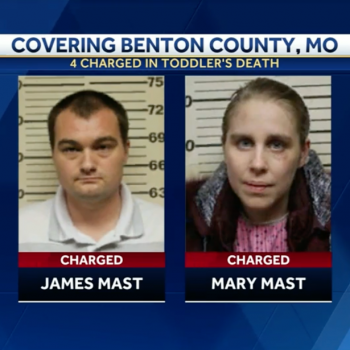 December 29, 2020
A Little Girl in Missouri Was Killed By Neighbors Trying to Rid Her of Demons
Next Post 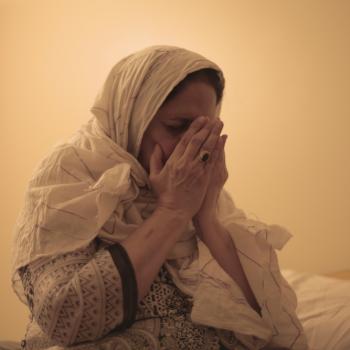 December 29, 2020 State Dept.: 1,000 Pakistani Girls Are "Forcibly Converted to Islam Each Year"
Browse Our Archives
What Are Your Thoughts?leave a comment