Last week, Joe Biden said that the “darkest days” of COVID “are ahead of us, not behind us,” and he’s right. It’ll be several months before enough people are vaccinated, and in that time, many more people will die, others will lose their jobs or remain out of work, and many businesses will shut down. If the two Republicans win their Georgia Senate runoffs, then the problems will go on even longer, as the GOP gets in the way of any sensible COVID relief in order to make sure Democrats can’t notch any “wins” for the country.

But right-wing radio host and former candidate for Lt. Governor of Virginia E.W. Jackson, who was dumb enough to claim people who believe in God “don’t have to” catch COVID before he himself caught COVID — is furious that Biden wasn’t more optimistic in his remarks.

Right-wing pastor E.W. Jackson used his post-Christmas Bible study livestream to attack Joe Biden for allegedly cursing America by admitting that "our darkest days in the battle against COVID are ahead of us, not behind us." pic.twitter.com/QPw8uMp5jZ

… When he stood up and said — as, according to some, I’ve never called him this but many are calling him president-elect, this is the first time I’ve even used those words, believe me, because I don’t believe he is, but many do, and many are already submitting into his authority and believing that this is the next president of the United States, I’m not yet. I’m not convinced.

He was pronouncing a curse on this nation. “The darkest days of COVID are ahead of us, not behind us.” Well, then what’s the vaccine all about? What’s this stuff we keep learning more and more about the disease, what’s that all about? What are all the lockdowns all about? So, what, are we gonna be locked down for the next two or three years or something?

Trump pulled a fast one over the dumbest people in the country, taking their money while protecting and pardoning his criminal allies, and lying to gullible Christians about how great everything is due to his existence… and Jackson can’t handle someone telling the truth about how the virus (and the effects of the pandemic) won’t disappear overnight just because vaccines now exist. It’s not a “blessing” that more than 300,000 people have died in large part due to this administration’s ignorance of this pandemic and refusal to take difficult but necessary actions.

As for Jackson, you can’t trust people of faith when they’re unable to tell fact from fiction, and when they purposely condemn someone for admitting hard truths. 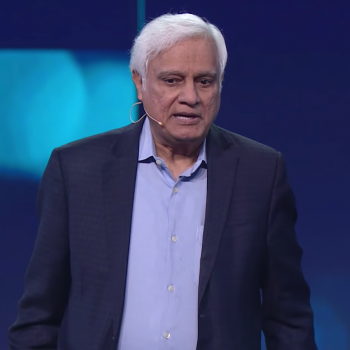 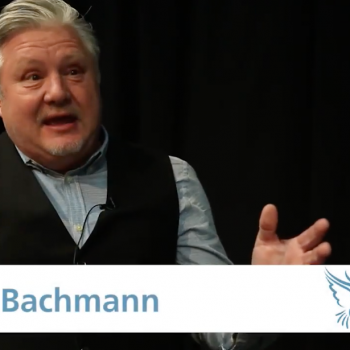