That church service was a problem because it violated the attendance limits and basically put the entire community in danger of catching COVID.

To their credit, the city didn’t let this one slide. On Wednesday, Rock was charged with breaking the law — which could result in a fine between $750 – $100,000 and one year in prison. The police also told him in-person church services could not be held on Christmas Eve or Christmas and that they would be monitoring the situation to make sure people’s lives weren’t placed in danger. 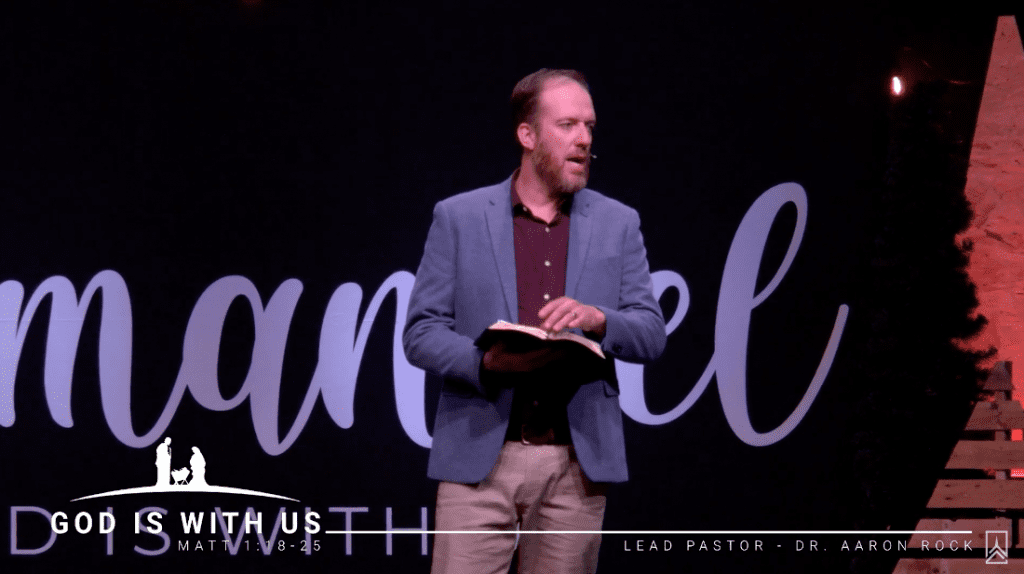 It won’t surprise you to learn that Rock is treating all of this as a form of Christian persecution.

In a batshit crazy press release from the church yesterday, the Elders Council said the arrest violated their civil rights and that church would go on in secret:

To our knowledge this is the first time that any Ontario pastor has been charged for fulfilling his God-assigned duties at a church. Police also informed us that they will bar our congregation from entering the church on Christmas Eve, contrary to Section 176 of the Criminal Code and the Canadian Charter of Rights and Freedoms. We are deeply grieved by these unlawful and immoral acts, having already been banned from meeting on Good Friday and Easter Sunday.

… In the end, we will find ways to fulfil our Christian obligations even if we are forced underground or to practice further civil disobedience. In the meantime we will continue to fight against injustice and fight for the God-given freedoms and responsibilities of the Christian church. The Church is, and shall remain, a free institution under the lordship of Jesus Christ and an essential service for all of humanity.

They’re lying and exaggerating. (Not to mention they’re suggesting God won’t listen to them unless they’re spreading COVID in the process.)

The Canadian Charter of Rights and Freedoms says very clearly that the rights guaranteed in it are “subject only to such reasonable limits prescribed by law as can be demonstrably justified in a free and democratic society.” Preventing the spread of a deadly disease absolutely qualifies as a reasonable justification.

The people in this church weren’t banned from meeting on Good Friday or Easter — or Christmas Eve. They just couldn’t hold in-person services for hundreds of people. They were always able to gather online if they wanted to. But this was never about coming together to worship. This was about worshiping in a way that could have put the entire community in danger due to their super-spreader event. It’s not enough to come together online; they want people to suffer in the process. Or, at least, they’re not bothered by that possibility.

The press release also whines about how “hardware stores and big box stores remain open” — without acknowledging the clear distinctions between stores where people must wear masks, where they will go in and out with virtually no contact or conversations with other people, and where no one will linger around longer than they need to.

This isn’t selective enforcement of the law. Rock broke the rules on purpose and now he’s complaining about it, as if being Christian makes you immune to the rules everyone else has to follow.

There are Christmas Day services planned in the evening. The church hasn’t said anything publicly about what they plan to do. But if they’re arrogant and ignorant enough to hold a live service somewhere, everyone running that place should be fined or jailed in accordance with the law. No one’s life should be threatened because these selfish Christians think they’re too good for Zoom.

(Screenshot via YouTube. Thanks to Anthony for the link) 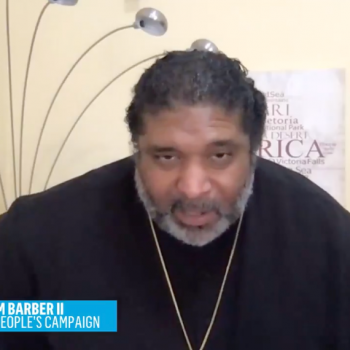