Back in October, Nebraska preacher Hank Kunneman of One Voice Ministries said that his prayers helped Donald Trump when he was in the hospital with COVID and that they would secure Trump’s re-election.

That didn’t pan out. He hasn’t apologized for that yet.

In fact, on Tuesday night, he lashed out at conservative preachers who have acknowledged Joe Biden‘s victory, saying that God will never allow that to happen.

“God is watching right now,” he continued. “I want to give you the word from Heaven. God is looking from the throne room and he is saying, ‘Who is conceding and who is standing strong, believing me, God, that I will and I can turn this thing around and I’m exposing fraud and crime?’ And so the longer this plays out, the more the truth is going to be revealed and it’s exactly what God wants.”

“What’s alarming to my spirit, and I believe grievous to God — now listen to me, preacher, if you’re watching, listen to me, politician, if you’re watching — why are you conceding when the majority of true Americans want honesty and integrity, and we did not get that in this election?” Kunneman asked. “We demand truth. We demand integrity. We’ve just recently had national figures, preachers, politicians — especially preachers — that are getting on and congratulating 46 that does not exist. Nix 46. In the eyes of God, it doesn’t exist because God is not putting a man into an elected office as president in this nation based on crime and fraud.”

Speaking of crime and fraud, last night, Trump pardoned another slate of convicted felons who did him personal favors. Kunneman presumably has nothing to say about that because Christians like him are hypocrites.

And Kunneman is making sure he goes down with a sinking ship.

At least he’s heading in the right general direction. 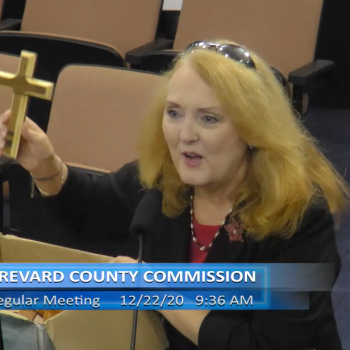 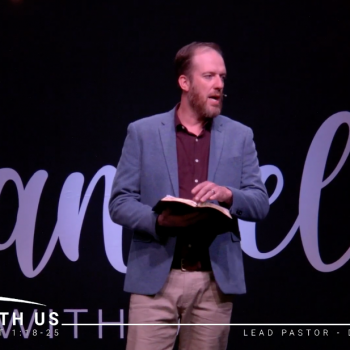