Among a slew of pardons that Donald Trump handed out to corrupt Republicans and war criminals last night, there was one to former GOP Rep. Duncan Hunter that deserves some attention on this site because of how religion provided cover for his crimes.

Both Hunter and his wife were found guilty of using campaign funds worth up to $250,000 to pay for personal expenses (vacations, private school for their kids, dinners, etc.), then lying about it to government officials. 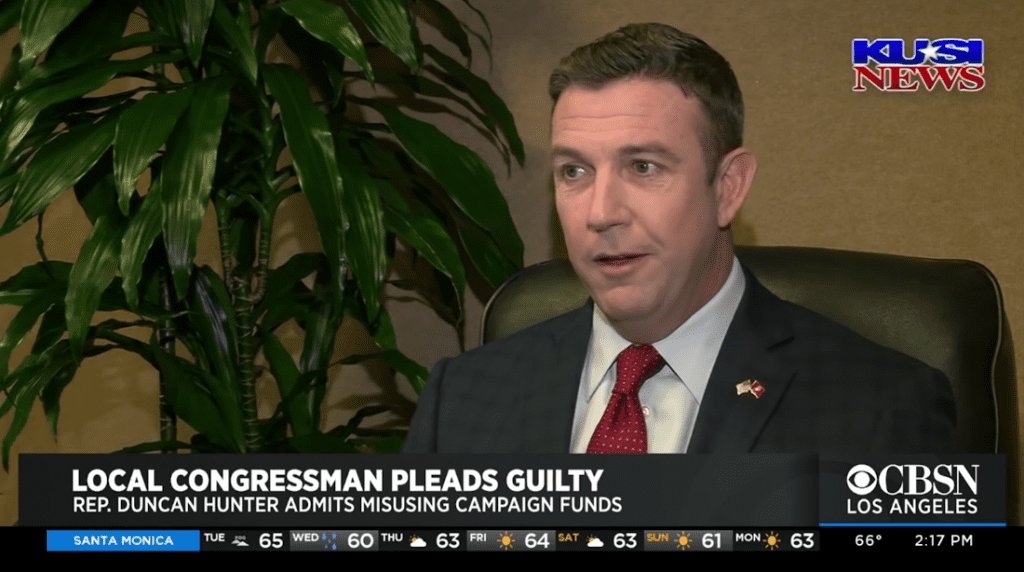 The 48-page indictment listed in detail what the Hunters did. See if you can find the pattern. 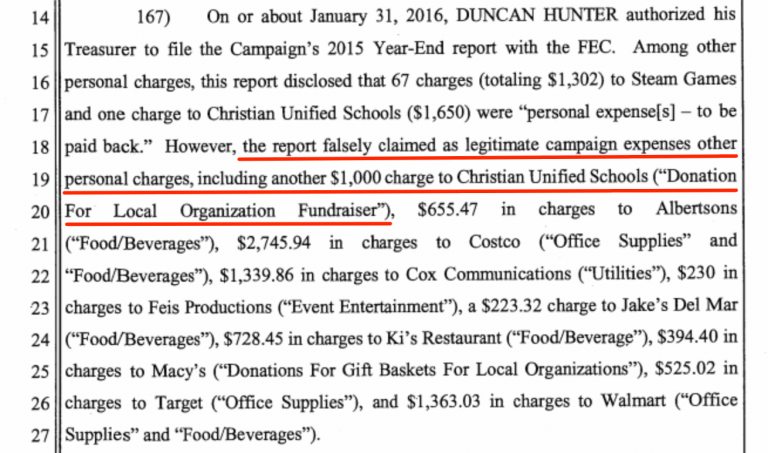 Hunter and his wife profess to be Christians, but it was really just a means to an end. A “church family” was cover for some medication. A “Christian thing” was Hunter’s excuse for playing golf. The couple paid tuition for their kids’ private Christian school by pretending the payments were “charitable contributions.” Another time, they said the tuition payments were part of a “fundraiser.” The couple sending their kids to a Christian school were directly violating the commandment against stealing and lying.

It’s not just that Hunter was a liar and criminal. It’s that he got away with it as long as he did in part because he used religion as a shield, and it fooled plenty of people.

Hunter, more than most, knew religion could allow people to get away with anything. One of his biggest accomplishments while in the House was getting the Mount Soledad Cross — a large Christian cross on government property — transferred to private land in order to avoid a losing legal battle. He even had a picture of the cross on his campaign website:

In the Hunters’ case, faith didn’t make them better people. God was just an excuse they used to void getting questions about their illegal decisions. Religion was a tool. Nothing more.

Hunter was convicted on one conspiracy charge last December. In March, he was sentenced to 11 months in jail, but because of COVID, that punishment was delayed. It was supposed to begin in January.

Now he won’t serve any time at all.

You can bet Republicans and prominent white evangelical pastors won’t say a damn thing about it. Hell, they may even praise God for the pardon. What else do you expect from moral monsters?

December 22, 2020
Ark Encounter Ticket Sales Continued to Plummet in November Due to COVID-19
Next Post