For right-wing Christian activist Dave Daubenmire, none of that matters. So on Sunday, the day of the Winter Solstice, members of his ministry went to the site to prayer against the “dark energy” that he claims is released there. That involved one member climbing onto the mound and essentially desecrating the site.

It led to a confrontation between the (mostly maskless) Christians and Philip Yenyo of the American Indian Movement of Ohio, who felt obligated to defend the space when he heard Daubenmire’s group was planning to go there. Yenyo said it was no different than if his group decided to perform a religious ceremony in Daubenmire’s church: You don’t desecrate someone else’s sacred space.

Over a few videos posted online, you can see that confrontation. Thankfully, the heat dies down, but not before it gets very tense, with Daubenmire’s group making absurd statements, as highlighted by the Cincinnati Enquirer.

“Don’t tell me to get out of the way on my own land,” Yenyo said. “It’s our birthright. It’s our sacred site.”

“It’s public land,” a member of the prayer group said. “This land will be taken in the name of Jesus.”

“This land was already taken a long time ago,” Yenyo said. “You people keep taking it.”

No one was arrested, But it’s just the latest example of Daubenmire and his followers finding new ways to use their faith to hurt other people. 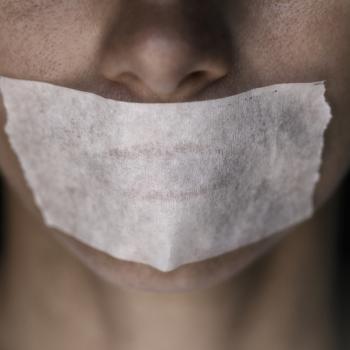