Cardinal George Pell: People Turned Against Me Because of My Conservative Views December 20, 2020 Hemant Mehta

Cardinal George Pell: People Turned Against Me Because of My Conservative Views

Cardinal George Pell says the real reason people hate him so much is because he’s very conservative, and not because he was accused of child sexual abuse and aware of molestation taking place under his purview.

He made those remarks to the BBC over the weekend:

In his first broadcast interview in the UK, Cardinal Pell said he would not apologise for his conservative views, but had said sorry “many times” for the Church’s crimes of sexual abuse.

“I think my style is rather direct — the fact that I defend Christian teachings — is irritating to a lot of people,” he told BBC’s Radio 4’s Sunday programme. “For my basic Christian positions I make no apology at all.”

Asked about the victims of child abuse and what it must be like living with the consequences of what happened to them, Cardinal Pell said he was “very much aware of their suffering”.

He said that while he regretted what had happened within the Church, he was “able to sleep quite well on most occasions”.

Of course he sleeps just fine. He’s old. He avoided jail. The same can’t be said about the victims of Catholic Church leaders who have spent their lives dealing with trauma.

In case you need a refresher, in 2019, Pell was sentenced to jail for six years, with no chance for parole for at least three years and eight months, for the child sex abuse he was convicted of back in December of 2018. (Given that Pell faced up to 50 years behind bars — 10 years for each of the five charges against him — he got off easy.)

That meant he was the highest ranking Catholic leader to be found guilty for child sex abuse — or, as his lawyer callously called it, nothing more than a “plain vanilla sexual penetration case where the child is not actively participating.”

His legal team argued on appeal that there was no way the jury could have found him guilty “beyond reasonable doubt” because the witness testimony was flimsy.

His case eventually made it to the High Court of Australia, where the justices overturned the decision, freeing Pell with a unanimous verdict.

The high court found that the jury, acting rationally on the whole of the evidence, ought to have entertained a doubt as to Pell’s guilt with respect to each of the offences for which he was convicted, and ordered that the convictions be quashed and that verdicts of acquittal be entered in their place.

In other words, it wasn’t enough jurors… found the witness believable, compelling and honest. The other evidence should have called his account into question, the bench found.

It was disappointing for anyone who hoped for some accountability, but even after that conviction was overturned, a report by the Australian Royal Commission on child sex abuse in the Catholic Church — which had previously been redacted because of Pell’s inclusion — was finally unsealed. And we learned that Pell was almost certainly aware of children being sexually abused and did nothing about it. The report even said it was “implausible” to think Pell didn’t know what was happening right under his nose.

Pell may be off the hook for his own alleged acts of sexual abuse, but the record will always show he had the power to stop other predators but chose not to.

That’s why people hate him. It’s not because of his bigotry; we expect that kind of bigotry from the Catholic Church. No one should have any leniency for those people who looked the other way in the midst of child abuse, who could have stopped it but decided against it, and who may well have participated in the act.

(Portions of this article were published earlier. Thanks to Richard for the link) 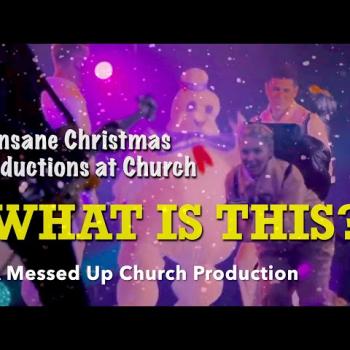 December 20, 2020 Watch These Christian Megachurches Stage Elaborate, Expensive Christmas Shows
Browse Our Archives
What Are Your Thoughts?leave a comment