A Festivus pole may soon go up in the Florida State Capitol in honor of COVID victims, courtesy of atheist activist Chaz Stevens. 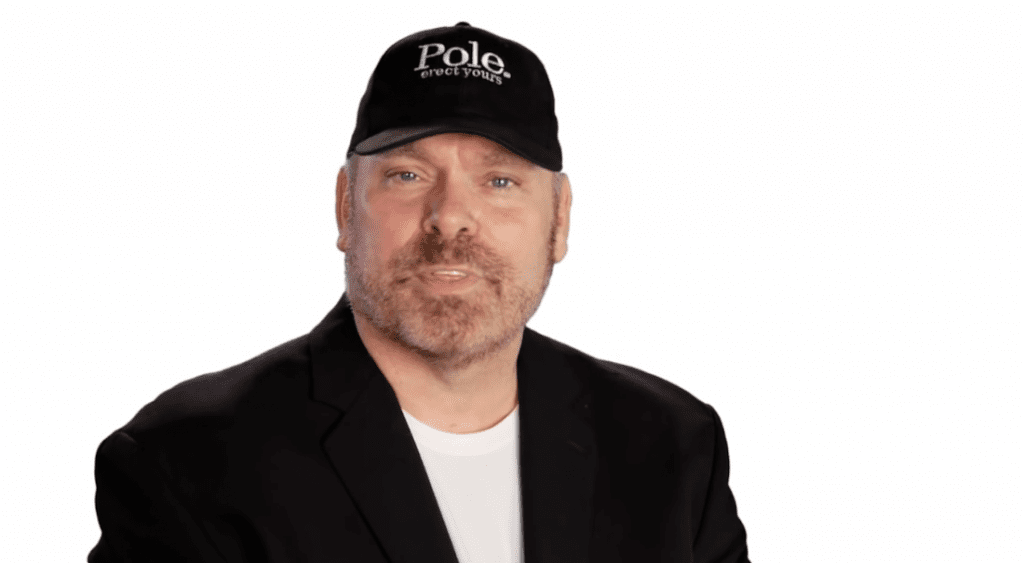 Stevens has previously erected Festivus poles in the Capitol as well as Distress-ivus poles that look like Donald Trump. He’s placed an image of an upside-down butt-plugged Jesus outside a local city hall. He once hired someone to wear a costume of a giant phallus with Trump’s head before a presidential debate.

But this year, he’s going for the more somber approach.

“Just thinking about those we lost, are losing and the worst to come,” he said.

Instead of being decorated with beer cans, this year’s Festivus pole would be spray-painted black and topped with a surgical mask, Stevens says.

The mask will sport one word: Vote.

I asked Stevens what the planned display would look like and he sent over this image: 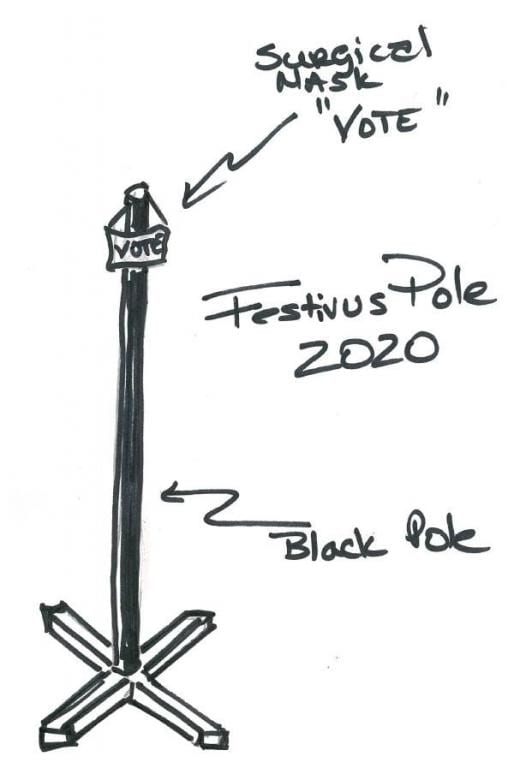 But the South Florida Sun Sentinel says Stevens hasn’t received approval for his display yet. He submitted the application earlier this month, but it’s been radio silence ever since.

Stevens hopes to set up the display Dec. 23, then take it down the same day. But first he needs the OK from the state.

Stevens put in a formal request Dec. 4 and was still waiting on an answer as of Wednesday.

I’m not sure why there’s a delay. It’s not like the Republicans running the state are working on reducing the spread of COVID. And, if anything, this display is far less controversial than everything else he got approved over the course of several years.

There’s no reason to say no. 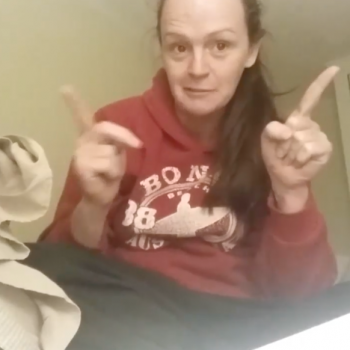