POLITICO: Liberty U. Funneled Millions of Dollars Into Pro-Trump Causes

Even with Jerry Falwell, Jr. gone from Liberty University, there are all kinds of lingering questions about whether the school should continue promoting his brand of partisan politics. One clear example is the continuation of the Falkirk Center, the “think tank” that Falwell and right-wing commentator Charlie Kirk launched a year ago. 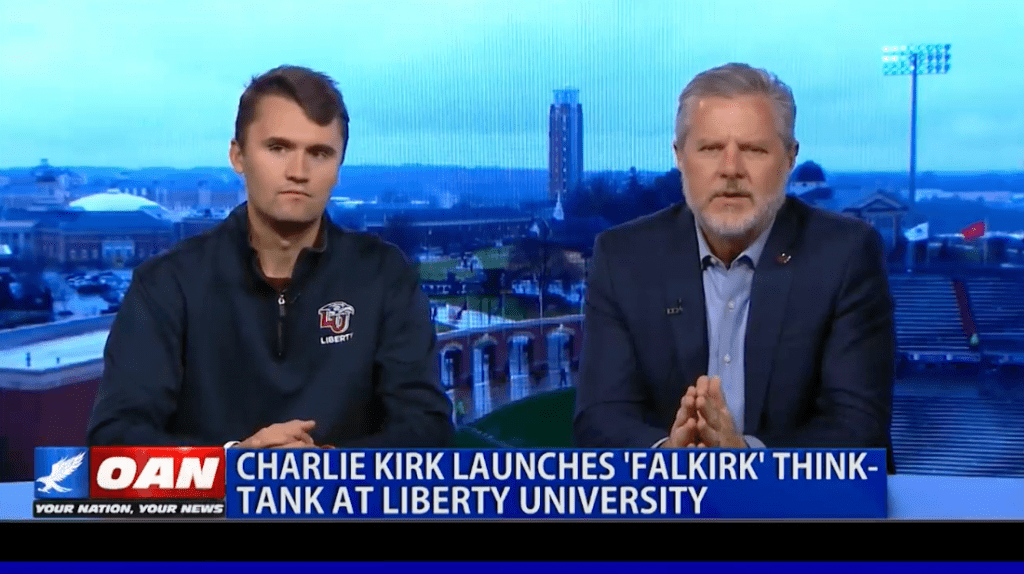 Except it’s not a think tank. It produces no academic papers. And there’s arguably no thought coming out of it, given that its “fellows” include a roster of Donald Trump bootlickers.

So what purpose does it even serve at this point?

POLITICO’s Maggie Severns notes one clear reason it exists: It funneled money from the school into the Republican Party:

The think tank… purchased campaign-season ads on Facebook, at least $50,000’s worth of which were designated by the network as political ads, that promoted Trump and other Republican candidates by name.

Liberty’s actions, detailed for the first time by POLITICO, suggest the university is pushing the boundaries of its status as a nonprofit organization under section 501c(3) of the federal tax code, which forbids spending money on political campaigns. Liberty’s actions also go well beyond the traditional role of a university as a politically neutral institution of higher learning.

There were also donations from Liberty to right-wing groups:

In 2018, Liberty gave $2.2 million to Reed’s Faith and Freedom Coalition for “nonpartisan voter education,” and made smaller donations to the Heritage Foundation’s lobbying arm and to Citizens United, the conservative nonprofit run by Trump ally David Bossie.

Falwell spent the millions in university funds without alerting some university board members, some of whom had been uncomfortable with his endorsement of Trump, a thrice-married real estate developer with no serious religious affiliation, over many Republican candidates with strong evangelical ties, one person in regular contact with Liberty board members said.

“The full board did not know or approve that spending,” said the person who speaks regularly to Liberty board members.

Forget putting a stop to all this now. Why is Liberty U. allowed to be a non-profit group at all when it very clearly is playing partisan politics? Other schools may have leanings to one side, but when a school is literally handing millions of dollars to organizations that serve to elect one party, there’s no reason it should be rewarded with tax breaks.

The fact that Falwell was able to get away with this for years because Liberty’s board of directors functioned as a rubber stamp for him just shows there is no real leadership at this school. The ongoing joke about Liberty University is that neither word has ever applied to it. Students get a subpar education, and they don’t care about actual freedom, only Christian privilege. But it’s actually worse than that.

Tuition dollars were being used to elect Republican candidates under the guise of academia. It’s a con. And the administrators who show concern about it now were too cowardly or too ignorant to say anything about it when it mattered.

The article notes that some of this may soon come to an end, and the future of the Falkirk Center remains up in the air, but this is yet another example of a Christian group defying laws because the person in charge thinks he can get away with it. And he clearly did.

The solution isn’t to pressure school officials to stop now; it’s to punish them for what they did for years — something no real university could ever get away with. The easiest way to do it is by revoking the school’s tax-exempt status.

It won’t happen. The IRS doesn’t have the resources or the backbone to do it. But if you can’t punish Liberty for cheating the tax system, then why bother having rules at all? 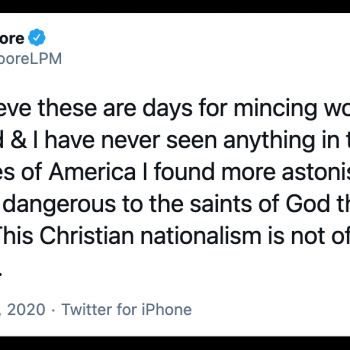 December 14, 2020
Christian Preacher Calls Out Trumpism as "Dangerous" and "Not of God"
Next Post 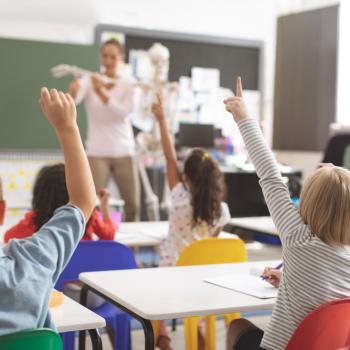 December 14, 2020 Conservative Writer Blames Public Schools for Kids Not Believing in His God
Browse Our Archives
What Are Your Thoughts?leave a comment