Yesterday, the Pew Research Center released the results of a new international survey focused on biotechnology research. But I wanted to draw your attention to a couple of charts all about acceptance of evolution, the understanding of which is a prerequisite to knowing how CRISPR gene-editing technology works. If you understand evolution, you’re presumably more likely to accept biotechnology advances.

Religion, as usual, gets in the way of that.

Just look at how religious and religiously unaffiliated people differ in their acceptance of evolution in various countries — especially the giant gap that exists between Christians and Secular Americans in the United States: 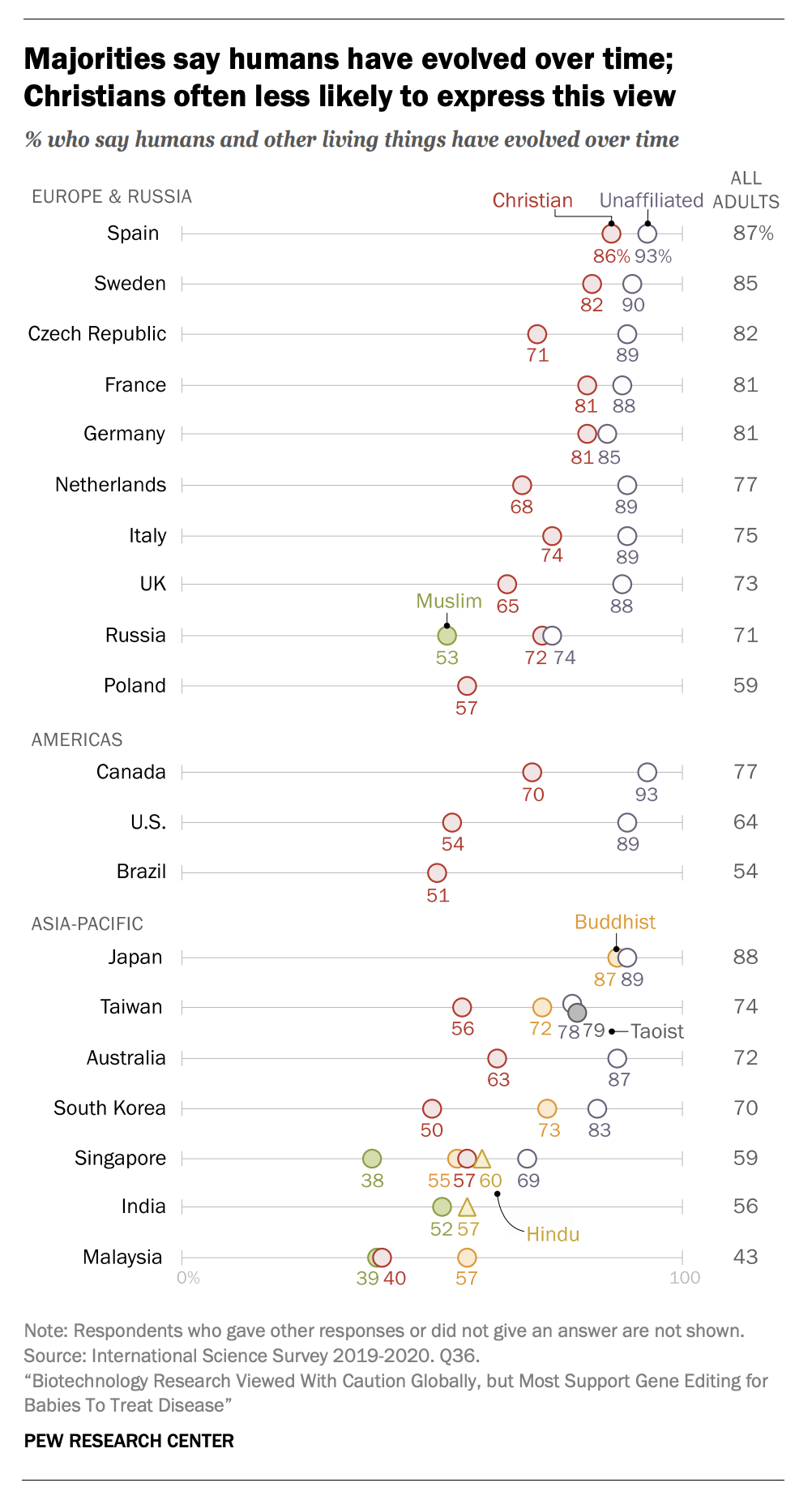 Only 54% of Christians in the U.S. accept scientific reality compared to 89% of the Unaffiliated. That 35-point gap is larger than any other in the survey and shows how American Christianity is uniquely powerful in all the wrong ways. In other countries, being a Christian doesn’t usually require you to reject scientific truths.

The United States on the whole is almost Brazil-level ignorant on matters of science. Religion obviously plays a role in that for both countries.

Beliefs about evolution are strongly linked with religious affiliation. Larger shares of Christians say that humans and other living things have existed over time in their present form. In contrast, unaffiliated adults are generally more accepting of evolution. Differences between Christians and the unaffiliated are particularly wide in the U.S. and in South Korea (a 35 and 33 percentage point gap, respectively).

Similarly, Christians are at least 20 points less likely than the unaffiliated to accept evolution in Australia, the UK, Canada, the Netherlands and in Taiwan.

The irony is that the U.S. is similar to other countries on the question of whether scientific and religious explanations for the origin of life are compatible. We’re about evenly split. And yet when you look at Christians specifically, the divide grows huge.

We’re a scientifically advanced country that includes a large swath of Bible-believers who reject reality despite the overwhelming evidence in support of it. In other similar countries, Christians respect scientific truths and save faith for the unanswerable questions. But our Christians cling to biblical stories no matter what we learn to the contrary. 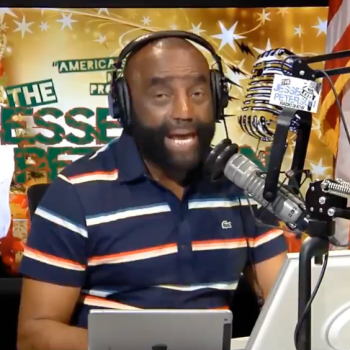 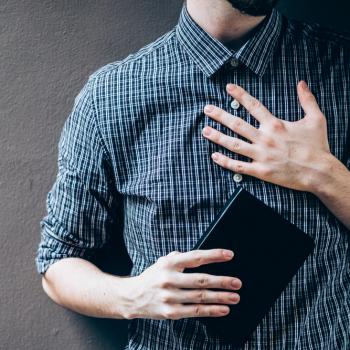