This afternoon, in what almost seems quaint these days, an elected Democrat and Republican came together on the floor of the U.S. House to support House Resolution 512, calling for the “global repeal of blasphemy, heresy, and apostasy laws.”

(5) calls on the President and the Secretary of State to designate countries that enforce blasphemy, heresy, or apostasy laws as “countries of particular concern for religious freedom” under section 402(b)(1)(A)(ii) of the International Religious Freedom Act of 1998 (22 U.S.C. 6442(b)(1)(A)(ii)) for engaging in or tolerating severe violations of religious freedom, as a result of the abuses flowing from the enforcement of such laws and from unpunished vigilante violence often generated by blasphemy allegations;

The sponsor of the latest iteration of this bill is Rep. Jamie Raskin (MD), who had the backing of GOP Rep. Ted Yoho (FL). Raskin gave one hell of a speech about the bill this afternoon on the floor of the House:

… H.R. 512 calls for global repeal of laws punishing blasphemy, heresy and apostasy, three religiously defined thought crimes that have no actual victims and thus no place in the criminal law of free nations. And yet governments in 84 countries, from Saudi Arabia and Iran and Somalia, to China and Russia and Bangladesh, still use laws like these to intimidate, arrest, prosecute, and incarcerate members of minority religions, disfavored faiths, and freethinkers.

Putting people in jail or even condemning them to death for religiously subversive speech was not unknown in the American colonies… Our law has gotten rid of obsolete offenses like blasphemy and apostasy because they have a purely religious character and do not refer to empirical social harms… In America today, people’s thoughts and words about religion are absolutely protected by the First Amendment. But in many parts of the world where religion is still actively weaponized, by theocratic and authoritarian governments, these imaginary offenses can still get you thrown into jail, harassed, and executed, or simply stopped and torn from limb to limb by state-sanctioned lynch mobs.

Religious people of the wrong faith are the most common victims of blasphemy and heresy laws. You might be a practicing Christian or Hindu in an officially Muslim state, like Libya or Afghanistan. Or a devout Muslim in a Hindu society like India…

… The value that unites us behind this powerful resolution, which will put the government squarely back in the fight to defend religious liberty all over the world and to oppose the spread of these blasphemy laws that are being used to persecute innocent people all over the globe.

In our country, the religious free exercise clause and the clause against the establishment of religion stand best when they stand together, because they both stand for the principle that no particular sect can seize control of state power and then persecute members of other religious groups.

But that is what’s happening in so many places all over the world, and our experience in the separation of church and state and standing up for the free exercise of religion is something that we can continue to proudly promote to the rest of the world. And we do have something that we think we can teach other nations that want to follow the path of democracy and freedom. As the U.S. works to advance human rights, it’s critical that we put this question of freedom of thought, freedom of conscience right at the heart of our efforts.

Everyone must be able to practice the faith or no faith at all without the threat of government violence and persecution. I’m pleased to support this excellent measure…

Our country would be wise to agree to all of this. But don’t assume it’ll go anywhere in this Congress. A similar resolution was introduced in 2015 and again in 2017 — with bipartisan sponsorship, no less — but it wasn’t enacted.

Still, it’s important that politicians speak out on this matter, and we can hope the next administration takes these issues more seriously.

You would think the “religious freedom” crowd that loves to complain about snowflakes who can’t handle criticism would be all for the repeal of blasphemy laws, and yet, there’s never any action on these resolutions. At least there are members of Congress who recognize what a serious issue this is and want our country to take the lead in getting rid of these laws everywhere. If only we had leadership that took it seriously, too. 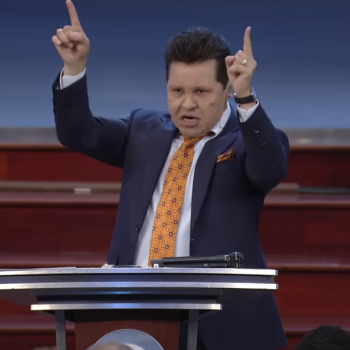 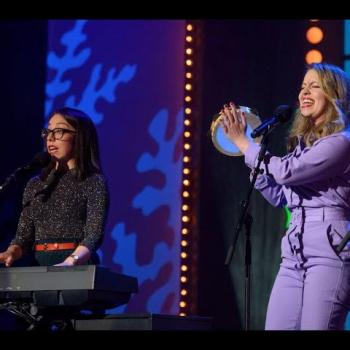