In the otherwise-dreary landscape of political reporting in the time of coronavirus, European media are having a field day with this one: the story of a senior Hungarian politician who, after building a career on his party’s anti-LGBTQ rhetoric, was apprehended leaving an all-male sex party at an apartment in Brussels’ gay district.

The politician in question is József Szájer, a founding member of the ruling Fidesz party and a close comrade of Prime Minister Viktor Orbán. The scandal of his arrest has led him to resign from the European Parliament, although he has claimed in places that his resignation is motivated by “personal reasons.” 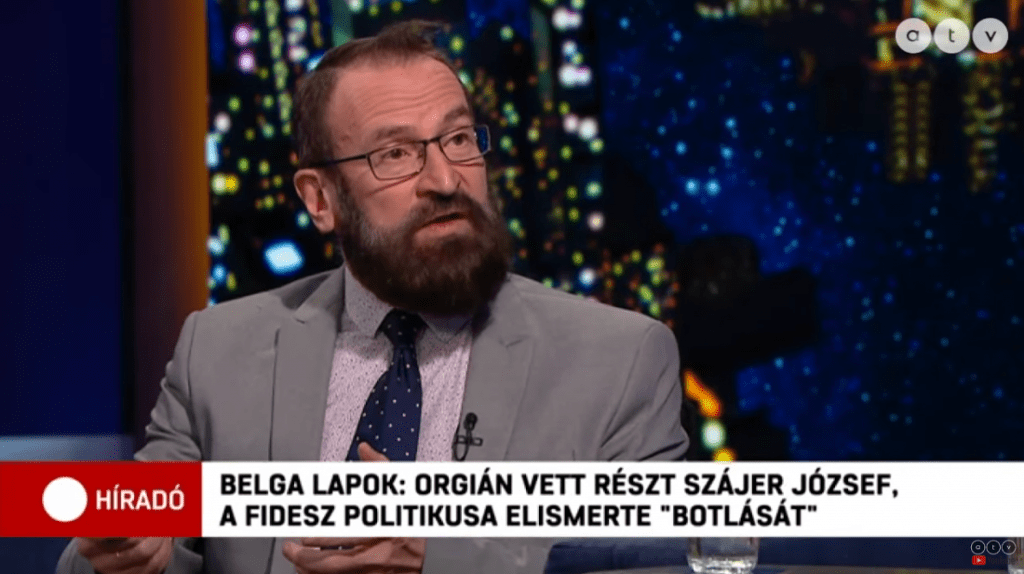 The news reported in the Belgian press about a private party in Brussels on Friday. I was present. After the police asked for my identity — since I did not have ID on me — I declared that I was a MEP [Member of European Parliament]. The police continued the process and finally issued an official verbal warning and transported me home.

I did not use drugs. I offered the police to make an instant test, but they did not do it. According to the police they found an ecstasy pill, but it is not mine. I have no knowledge of who and how it is placed.

I deeply regret for violating the COVID restrictions. It was irresponsible on my part. I am ready to stand for the fine that occurs.

His statement is notable for its absolute silence on the nature of the party, which sources have called “a party of legs in the air” and, even more directly, “a gang bang.” Perhaps that’s why some outlets are soft-pedaling that angle of the story, focusing instead on the violation of pandemic protections and the possibility of narcotics charges against the parliamentarian (who is currently protected by diplomatic immunity).

But at least one outlet has identified the party’s host as 29-year-old David Manzheley, and he confirms that the gathering was indeed intended to involve gay group sex:

I always invite some friends to my parties, who then bring others and we have a good time together. We talk a little, drink something, like in a coffee. The only difference is that in the meantime we also have sex with each other. I don’t see nothing wrong with it.

Not that he should, given that all present were consenting adults. Manzheley had no idea that one of his guests was a viciously anti-LGBTQ legislator.

But Szájer should give some thought to the moral implications of his participation in the festivities, given that his party positions itself as a crusading force for conservative Christian values — which, as we’ve observed all too often, also means crusading against LGBTQ rights like marriage equality (which was successfully excluded from the Hungarian constitution nearly a decade ago).

Those exclusionary policies are simmering close to the surface right now, as the Hungarian Parliament debates a constitutional amendment that would limit adoption to opposite-sex married couples only and enshrine the demonization of “gender ideology” (read: trans people existing) as a threat to “the right of children to have healthy development.”

All that is happening in the context of a major conflict within the EU, in which Hungary and Poland refuse to approve a €1.8 trillion budget package (including €750 billion in COVID relief) as long as it’s tied to individual nations’ “respect of the rule of law” in areas like human rights and democratic values. Official sources aren’t coming right out and saying that the Eastern European nations fear missing their payout if they continue chipping away at LGBTQ rights, but it’s not hard to read between the lines.

Before resigning, Szájer was a vocal part of that process, and his colleagues have made the link between the conservative Christian agenda and the budget/stimulus package explicit:

On behalf of ourselves and our entire political community, we, the members of the Fidesz-KDNP European Parliament group, thank Jozsef Szajer, who played a crucial role in enabling Hungarian civic conservatism and Christian democracy to occupy their rightful place in the European political arena.

Now, with the same colleagues coolly acknowledging his apology and calling his resignation “the right decision,” Szájer finds himself dismissed as depraved and deviant, just like the rest of his playmates and Hungary’s LGBTQ community in general.

Unfortunately for him, the community that would have welcomed him otherwise knows that he’s happy to take advantage of their hospitality while attacking them legislatively for political gain. One imagines that he won’t find a warm welcome at similar parties once the pandemic ends. 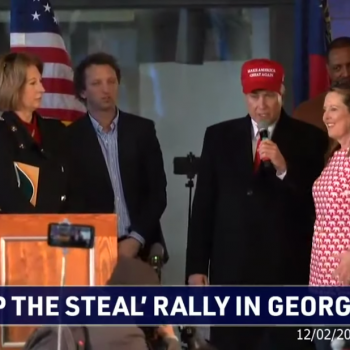