Rapid City, South Dakota is where common sense goes to die. And this year, with COVID out of control throughout the Republican-led state, a lot of citizens are going that route too.

A couple of weeks ago, the city council voted 6-5 in favor of a local mask mandate, with the mayor breaking the tie. Good! But on Monday, they voted 9-1 to water down that ordinance to the point where it’s utterly useless.

The revised ordinance says businesses have to enforce a mandate if they want it — not law enforcement — and added an opt-out provision to the ordinance… meaning restaurants or stores don’t have to have a mask requirement at all. Which also means the least responsible people will be allowed to spread COVID and kill the elderly because the Rapid City council members don’t give a damn about their own citizens’ lives.

Leading the charge during the public comments portion of the evening were a number of maskless Christians who had the worst possible reasons for opposing any sort of mandate:

God created a nose, mouth, and chin to use daily.

This is South Dakota, where, under God, the people rule.

… God did not put His breath inside you to be a disease-spreading monster.

The lady who said God created parts of our face to use daily was wearing glasses. She didn’t seem to understand the irony that the same God she thinks created her eyes gave her broken ones. (She also said she believed California was a “Communist state.”)

And the guy who said God didn’t create us to be “disease spreading” monsters has apparently never heard of the common cold.

That latter comment was made by Robert Martin, a father of four who opened up his statement by saying he didn’t have any statistics, so he appreciated “everybody that’s a lot smarter than me.” And then he made his irresponsible comment. He also said he had a sick son he couldn’t see because he refused to wear a mask due to a health condition — as if that should allow him to infect others. And then he cited Hitler. Because of course he did. It’s what conservative Christians do.

The council members who voted on the new bill were no smarter than those speakers:

Council voted on the ordinance and removed “houses of worship” from the indoor public places definition and changed the signage information so businesses will be required to post signs that state masks are required or recommended. Businesses or facilities that opt out of the ordinance will have to have signage stating they chose to opt out.

How many people have to die before “pro-life” Christians realize the role they’re playing in raising the body count?

By the way, this particular city has a habit of putting religion over reason. In 2013, when a local college student urged the city council to eliminate religious invocations at meetings, one official responded to him by saying, “you’re too young to have wisdom.”

Most of that council still hasn’t found any. 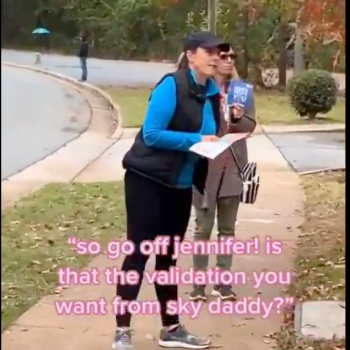 December 2, 2020
"Sky Daddy" is Going Viral After a Confrontation Outside an Abortion Clinic
Next Post 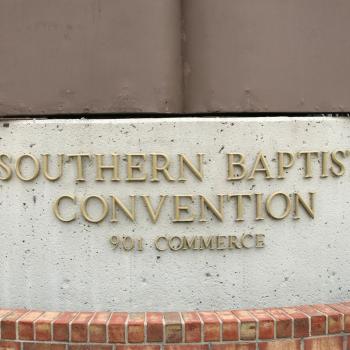 December 2, 2020 Southern Baptist Leaders: Critical Race Theory is "Incompatible" With Our Faith
Browse Our Archives
What Are Your Thoughts?leave a comment