Pastor Tony Spell, the head of Louisiana’s Life Tabernacle Church, has once again lost a legal challenge, this time at the highest possible level.

In case you need a refresher, Spell was first arrested in April — remember April?! — for aggravated assault against a protester. But he became notorious for holding in-person church gatherings and putting countless people in harm’s way. Despite being under house arrest, he defied the law to preach at his nearby church multiple times a week, even asking supporters to send him portions of their stimulus checks.

But two weeks ago, U.S. District Judge Brian Jackson tossed those claims aside, essentially saying that churches weren’t being treated unfairly. If anything, they were given more leeway than public institutions.

Governor Edwards’s Proclamations have always treated comparable secular institutions similarly to comparable religious institutions. In the earliest days of the pandemic, the only businesses or individuals who were treated more leniently than religious organizations were essential workers and businesses, such as healthcare workers and grocery stores. With every restriction on places of worship, identical or more stringent restrictions have been placed on similarly situated secular businesses. Indeed, religious organizations have often been privileged over similar secular businesses.

That ruling stood in stark contrast to the one the Supreme Court issued in favor of churches this week, saying that New York’s restrictions treated churches unfairly, but the conservative bloc compared churches to places like grocery stores — as if they’re both equally “essential” — when they should’ve done with this judge did, comparing churches to bars or concert venues, places where people also gather, speak, and stick around for longer periods of time.

In any case, the ruling sent a clear message to Spell: Stop acting like a precious little snowflake. We’re all dealing with the pandemic. You need to make the same sacrifices as everyone else.

(For what it’s worth, the most recent executive order in Louisiana wasn’t even that restrictive: Rather than prohibiting gatherings of 10 or more people or anything like that, the order allowed churches to be filled to 75% of their capacity. It was far too much. But nothing is ever good enough for COVID-denying Christian pastors who don’t live in reality.)

But Spell wasn’t done whining. Within a week of that ruling, his lawyers — including alleged pedophile Roy Moore — filed an emergency appeal with the U.S. Supreme Court. As explained by Law & Crime, the ruling asked the Court to say Spell had a First Amendment right to gather — and that the government had absolutely no power in any situation to stop him.

In one passage, the application suggests Spell was merely “[f]ollowing his religious conviction that he must obey God rather than man” when he chose to keep his church fully open. The application later argues that the First Amendment separation of church and state “was to protect the church from the state.”

Later on, it argued for the supreme authority of the church:

When the State’s order prohibits a church from assembling, singing together, hearing the word of God preached, laying hands on the sick, baptizing, taking communion, and the like, then the courts owe the State no deference at all.

Taking up that case — and ruling in favor of Spell — would’ve been an unmitigated disaster. It would have suggested churches exist in their own world, unable to be controlled for any reason no matter how much tangible damage they cause.

The good news is that Justice Samuel Alito, who handles these kinds of emergency cases from this region, rejected the plea altogether. The case won’t come before the Court at all. The earlier decisions stand.

Tony Spell is a loser yet again.

That’s especially ironic given that Spell just gave a sermon days ago saying God would be on his side, calling his filing with the Supreme Court the “most theologically sound documents and arguments that has ever been in Washington, D.C… in the highest court of the land.”

His theology is as pathetic as his legal record. 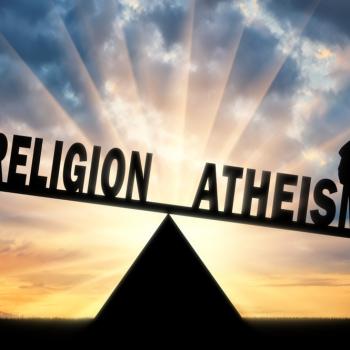 November 28, 2020
Generation Atheist, a Book About Going from Godly to Godless, is Free This Weekend
Next Post

November 29, 2020 Arkansas Lawmakers File Bill to Ban Most Abortions and Imprison Abortion Doctors
Browse Our Archives
What Are Your Thoughts?leave a comment